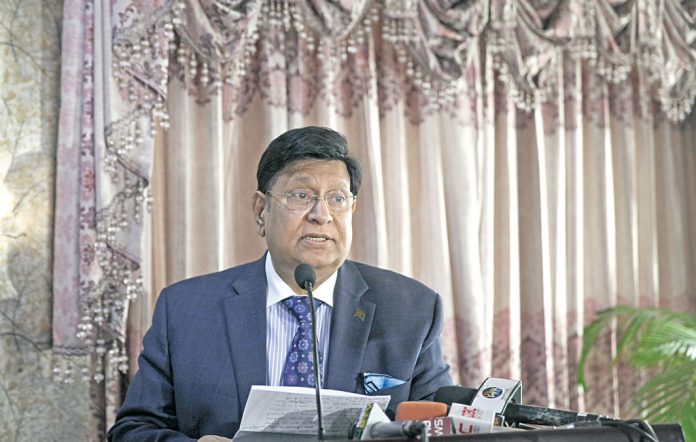 He also hopes that Myanmar will take them back gradually

Foreign Minister Dr AK Abdul Momen on Saturday expressed the hope that Bangladesh would be able to fulfil its target of relocating one lakh Rohingyas to Bhasan Char from congested Cox’s Bazar camps within a year as the UNHCR had agreed to work on it.

“As the prime minister decided to rehabilitate 100,000 Rohingyas in Bhasan Char, we have built houses at a cost of Tk35 crore,” he said.

“We have already relocated nearly 18,500 Rohingyas to Bhashan Char. We will resume relocating them (to the island) this month,” Momen told reporters after visiting Bangabandhu Sheikh Mujibur Rahman’s grave in Tungipara upazila of Gopalganj.
The foreign minister reiterated that the relocation of Rohingyas to the island of Bhasan Char would be fully voluntary.

He also hoped that Myanmar would take back the Rohingyas gradually as pressure on it would mount following the recent adoption of a resolution at the United Nations.

“I believe pressure will be mounted on Myanmar as the resolution has been passed by consensus.”

The foreign minister, accompanied by Sylhet Awami League leaders, paid homage to the Father of the Nation by placing a wreath at his grave.

President and General Secretary of Sylhet city unit AL Masuk Uddin Ahmed, who is also a valiant freedom fighter, and Prof M Zakir Hossain, among others, paid tributes to Bangabandhu.