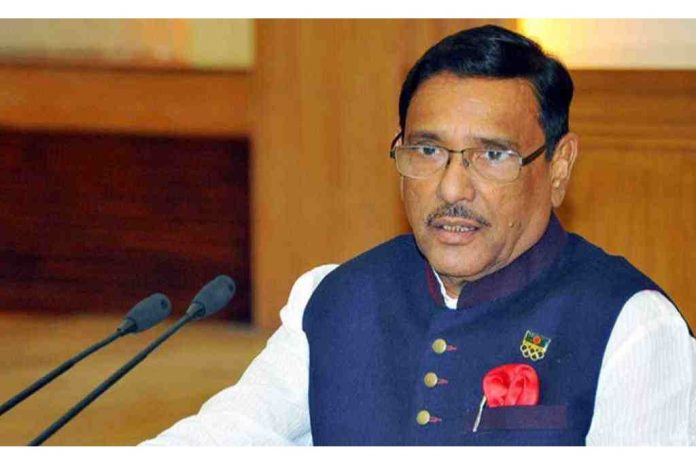 Students are getting half-pass facility across the world, he says

A meeting would take place on Saturday where the education secretary, the road and transport secretary, high officials of the BRTC and transport leaders to fix this issue, he said on Thursday.

Also the road, transport and bridges minister, Quader said this at a council of the road transport owners association on Thursday afternoon, when the 48-hour ultimatum issued by students ended.
The students of different schools and colleges of the capital demonstrated for several days demanding half-pass and an end to harassment by transport workers.

The owners said they were not bound by the law to allow half fares. If needed, buses running under the BTRC could implement it.

On the other hand, the BRTC officials have said that they could not force the private bus owners to accept the half fare.

“As the minister I can say, the BRTC is thinking about a logical concession to meet up the demand of the students. But only the BRTC cannot do it alone. I think transport owners leaders will discuss this issue with the BRTC to solve it,” Quader said.

Regarding the protests, he said: “I want to say that the students are getting this [half-pass] facility across the world. It is also true that we also got this concession we were students during the Pakistan regime.”
President of the Road Transport Owners Association Mashiur Rahman Ranga and Secretary General Khandaker Enayet Ullah, President of Bangladesh Road Transport Workers Federation Shahajan Khan, General Secretary Osman Gani and other bus and truck owners from different parts of the country were present at the program.

Meanwhile, students of Notre Dame College began another movement on Wednesday demanding road safety, triggered by the death of a student by a city corporation garbage truck. The protests spread all over the city on Thursday.