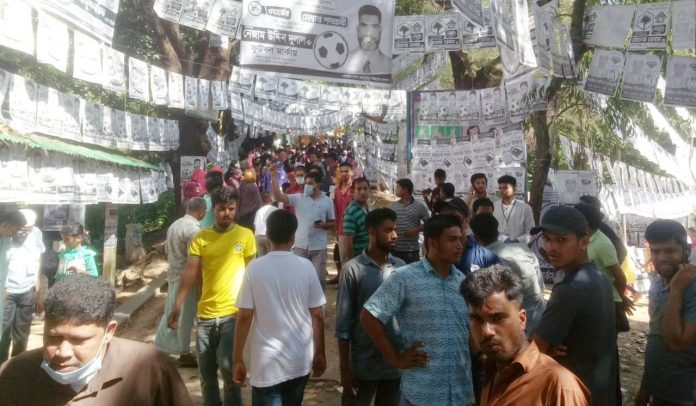 The Election Commission (EC) has fixed January 5 for the balloting in the fifth phase of the Union Parishad (UP) elections.

EC Secretary Humayun Kabir Khandaker announced the schedule for the elections to the 707 unions after the commission’s meeting on Saturday.

According to the schedule, the deadline for filing nominations for candidates for the posts of chairman, member and reserved member seats for women has been set at December 7.

The nomination documents will be verified on December 9. Candidates will be able to appeal against election officials’ decisions from December 10 to 12 while the matters will be disposed of between December 13 and 14.
The last day to pull out of the elections is December 15 and poll symbols will be allotted the next day.

In the first phase of the voting, elections to 369 unions were held on June 21 while another 833 unions went to polls in the second phase on September 20.

Voting in the third phase for polls to 1,000 unions will be held on Sunday while another 840 unions will go to polls on December 23.

In the third phase, 1,000 and in the fourth 640 UP elections will be held on Sunday.
Out of the 4,561 union councils, the commission is administering elections to 4,000 unions. Polls to remaining unions are not being held due to court cases