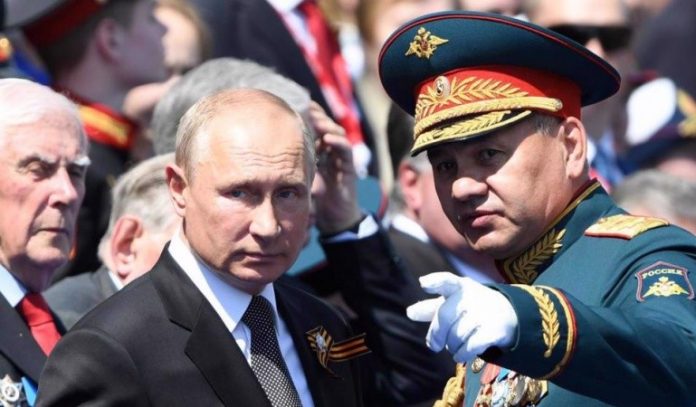 The Bengali Delta celebrates 1971, many forgetting the indispensable role of Russia

Vladimir is not popular in fashionable society, whether on the left or right, in the West. I would hazard a guess that he enjoys much more positive vibes in China, West Asia and Africa. The role designated to Putin by Western corporate media is that of an evil, scheming, unscrupulous master strategist, stroking a white cat, straight out of James Bond, the sinister head of SMERSCH. Vladimir has been typecast. His destiny is that of the Permanent Enemy with the cold eyes of a Great White Shark, devoid of feeling and compassion.

He is supposed to have manipulated the American public into voting for Donald Trump, the ultimate Manchurian Candidate. In several elections he is the go – to reason for losing. He has been accused in Spain, France, England, and Germany for allegedly interfering politically. (Note the USA does not interfere anywhere. Never. Ever.)
We live today with an updated version of “The Russians are coming ” – his tanks are apparently itching to drive west through Ukraine, Poland and into the European heartland. Only brave Nato holds him at bay, (a dinosaur organization adept at holding onto budgets as well). As Europe freezes in the cold amid soaring gas prices, guess who is at fault here? Yes, did I hear Putin? Germany just said Nein to Gazprom gas via Nordstream 2 (not for ecology but for Atlanticist geopolitics) Coal will remain in use till 2037 in Germany. All this means even more gas going to China.

Russia rises from the ashes

At the 2007 Munich Security Conference, they more or less laughed when he proposed it was time to end the unipolar world. They do not dare smirk today. Times have changed.

Putin was a fluent German speaking ex KBG spy operative, credited with holding off rapacious oligarchs and their Western allies. Russia in the 1990s had been a laughing stock. A land led by cruelcriminals, with girlfriends wearing bling, buying up properties in London, Paris and New York. Money without class but cases of kalashnikovs.

Putin was handed the poisoned chalice but inexplicably survived, as did his country. From freefall with a military clutching rusty outdated weapons. Today its Zircon hypersonic missiles have allegedly checkmated the US and Nato on the Eurasian checkboard. Travelling at Mach 9 they cannot be shot down by most defences. Moscow has re-emerged as the great influencer in Syria, Afghanistan, Iran. The US has driven it closer to a strategic embrace with China.

At the recent Aspen Security Forum, Chairman of the US Joint Chiefs of Staff, General Mark A Milley admitted that the Big Three are now America, China and Russia. This is the same top US general whoallegedly telephoned Chinese General Li Zuocheng during last winter ‘s electoral mess in Washington guaranteeing that even if PresidenTrump wanted to launch missiles, he (Milley) would warn Beijing beforehand.

On 9th August of 1971, the Soviet Union signed a treaty of peace, friendship with India. With that in hand, Indira Gandhi felt secure in ordering preparations for the Indian armed forces to intervene in East Pakistan.

Without a military guarantee from Moscow, it would have been foolhardy for Delhi to take on a vengeful Washington, embarrassed by its failure to win in South east Asia (Vietnam) and not about to lose its footing in South Asia.
Russia provided vital cover so when Nixon despatched the US Seventh Fleet into the Bay of Bengal threatening air strikes, many knew it was a bluff, given the expected Soviet retaliation via its Indian allies.

Pakistan was allowed to fall without American intervention because of the high cost of confronting a then powerful Soviet Union. Bangladesh solo would have secured her independence with indigenous guerllla warfare but would have taken a lot longer.

If Modi could be invited for the fiftieth then surely Putin too. He will be meeting Modi this December in Delhi. So near yet so far.

Russian Conservatism Is not a pleasant nor endearing philosophical message for many, including me. The point instead is to focus on the geopolitics abroad and not on its domestic politics. Let their people decide what they want at home. It is not for South Asia (with its dysfunctional democracy) to pass judgement.
Russia today is as indispensable as in 1971 as the quintessential geopolitical balancer. It is an implacable enemy of ISIS and ultra-theocratic terror. It is not attempting to recreate a Cold War global array of military bases, unlike the Soviet Union or the Pentagon. Russia is a superpower in gas and oil. It has become the leading global grain exporter. It leads in fertilizer, plastics and metals, and nuclear energy. It is the core of Eurasia and melting Arctic Belt.

Even Modi and his generals want Russian military hardware. They recognize quality at bargain prices. By the way, when Bangladesh possesses a S-500 state of the art air defence system, it will have arrived.

Sensible people want to engage with Moscow as a key player in the new multi polar era. We know why some Western interests find this threatening and thus are placing their soldiers and sailors a few minutes away from Russian borders.
What puzzles me is why some otherwise intelligent people in South Asia want to confront Russia. Whose national interests are these people pursuing? It certainly is not those of the Bengali delta.