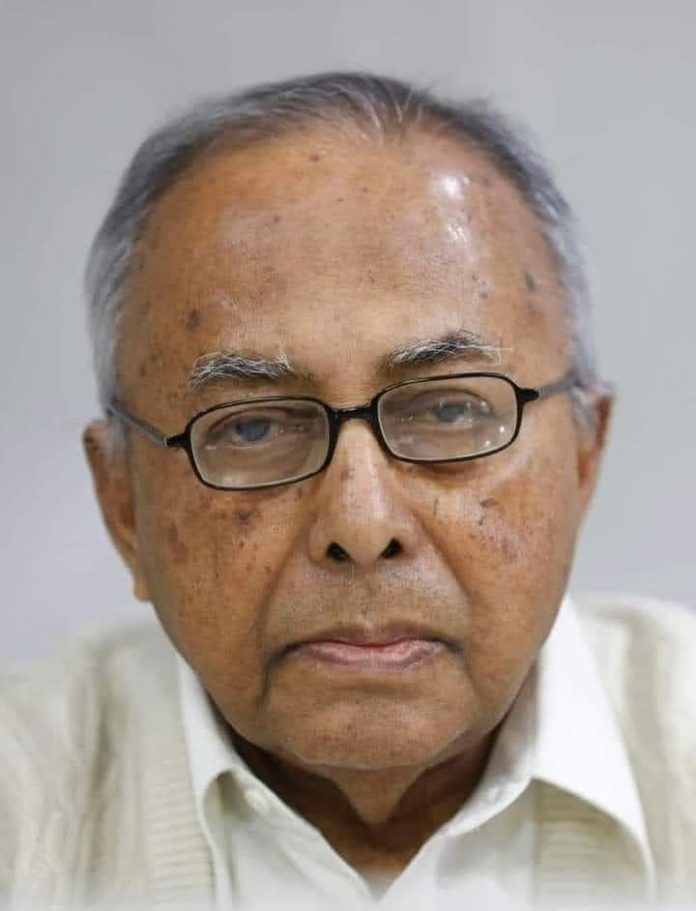 National Professor Rafiqul Islam, one of the most revered researchers on Kazi Nazrul Islam, has passed away.

He was on life support since Thursday after being taken to the hospital four days earlier.
On October 7, he was admitted to BSMMU Hospital with abdominal pain. After the examination, the doctors confirmed that water had accumulated in his lungs, which was extracted.

He started his glorious career in academia at Dhaka University in 1957 and taught Bengali and linguistics there till 1958 and then 1961 till 2004 as Senior lecturer, Assistant Professor, Associate Professor and Professor.

Inducted as a National Professor in 2018, Prof Dr Rafiqul Islam later became head of the Bangla department at Dhaka University. Later, he became the Vice Chancellor (2007-2011) of the University of Liberal Arts Bangladesh (ULAB).