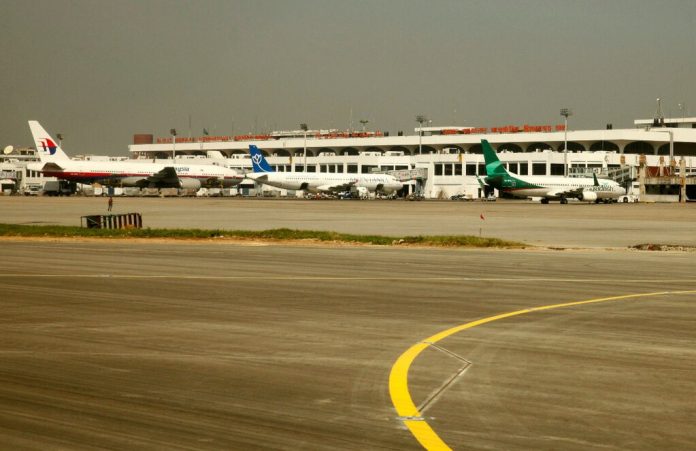 A Malaysian Airlines flight made an emergency landing at Hazrat Shahjalal International Airport in Dhaka on Wednesday following a bomb threat on board.

The Malaysian flight landed at the airport at around 9:40pm with 135 passengers on board.

Authorities had beefed up security at the airport after getting information that a passenger on the flight was carrying a bomb.

However, the authorities did not find any explosives on board Flight MH-198 during the initial search, an airport official said.

The law enforcement agencies were conducting a thorough inspection until the filing of this report at midnight.
At around 1:15am Thursday, the airport’s Executive Director Group Captain Touhid-ul Ahsan told Dhaka Tribune: “The security personnel have finished the search but they did not find any bomb or explosives.”

All 42 passengers and six crews on board were safe after the aircraft landed at the airport at around 9:40pm, Biman’s MD and CEO Abu Saleh Mostofa Kamal told the media.

The Chittagong-bound flight from Dhaka had a technical glitch with its nose landing gear (Wheel), he said.

The aircraft hovered in the sky nearly 30 minutes before making the final approach for landing, according to Biman sources.