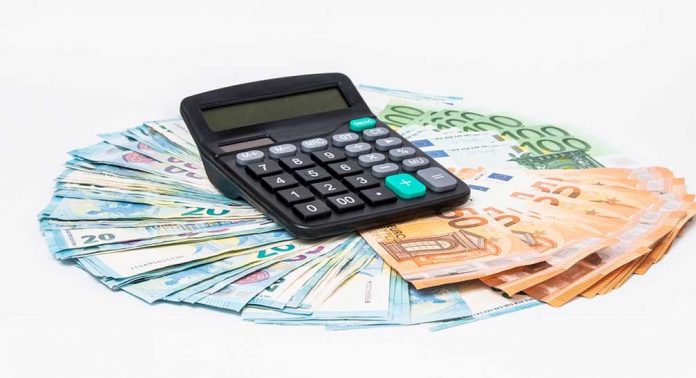 The greatest problem of the banking sector is the high and rising level of non-performing loans (NPLs.)

In this article we discuss some of the issues.

Table 1 reports the value of the advances that are considered non-performing.

This table is really disturbing as the levels of the non-performing loans are high and rising.

Over the past ten years there have been many conferences, seminars, and reports from the IMF all of which identify defaulting loans as a major problem and call for measures to bring this under control.

Unfortunately there is steady progress in the wrong direction.

Table 2 presents the percent of NPLs from the base of the total outstanding loans.
From this data we conclude that over the past nine years the share of non-performing loans in the portfolios of private banks has risen steadily from 2.9% to 5.8%.

In the simple analysis we used in the previous article this implies a cost for each loan of 4%.

For the state commercial banks, it implies a cost of 20%!

It is impossible for the state commercial banks to function within the rules of sound banking.

NPLs are essentially those loans that are very likely not going to be repaid.

What does a non-performing loan mean for the economy? The significance is that savings have been used for a purpose that failed to produce the increase in production expected.

To make an extreme example: If half of the savings is invested in efforts that fail to produce additional output capacity, the growth rate of the economy is reduced by half!

For Bangladesh it suggests that the economic growth rate is 10% lower than it would be with a much lower level of NPLs.

If the NPL is lost and recovery is impossible then this represents a cost to the bank that has to be paid for by higher interest rates charged to loans that are repaid.

To smooth the recognition of the costs of NPLs banks must make provisions that increase the longer the loan is not repaid.

Eventually provisions cover 100% of the output.

When a loan is finally classified as bad/loss the assumption is that the loan will not be repaid; the costs are more or less recognized in the accounts.

There is a matter of collateral.
If the attempts to collect the collateral are successful, then these amounts are first applied to the unpaid interest and then to the unpaid principal.

If there is any amount of principal unpaid then the accumulated provisions are used to cover this.

At this point the loan may be written off, i.e., taken off the books.

If there are any provisions remaining these are credited back to equity.

If there remains something to be paid by the borrower, then this remains a liability for the borrower and remains as an account outside the main accounts of the bank.

In a previous article in this series we estimated that on the average the collateral covered 35% of the value of the loan as well as any unpaid interest.

The result is a serious loss for the bank.
Reality

Most serious observers of the banking system believe that the actual NPL level is substantially higher than what is reported by the banks.

If this observation is correct then it indicates a serious failure of the central bank to monitor and audit the process of assessing if a loan is considered to be non-performing.

Even if this belief in underestimates is false, it is such a pervasive belief that Bangladesh Bank should increase the resources that it devotes to the verification of the classification process.

Most of the private banks are certainly prepared to misrepresent the NPLs as the cost of provision and loss of interest earnings strike at the heart of their profitability.

One source of understating NPLs is the rescheduling game.
The bank may decide in agreement with the borrower to reschedule the loan usually lengthening the number of installments for repayment reducing the amounts to be repaid in each. It is also possible to adjust the interest rate. Bangladesh Bank has rules that govern the rescheduling; these normally require some amount of the outstanding amount of the loan to be repaid at the time of rescheduling. The central bank has reduced the amount of this initial repayment to a very low level.

After rescheduling there should be rules as to whether the classification of the loan is lifted.

Over the years since 1990 the rules of rescheduling have eased.

This keeps the loan from classification, but normally just defers the time when the loan is determined to be bad/loss.

This game is one way to avoid recognition that a loan is not going to be repaid.
Once again, the central bank should audit the procedures that the banks are using for rescheduling, but more important should tighten up the current weak rules.

Bangladesh’s banking system is breaking under the burden of NPLs. Action is really imperative.

Why do some loans become classified?

Can such loans be rescued and how does one do that?

Reasons for becoming non-performing: These are many. Here are some.

1. Funds are diverted from the purpose for which the bank approved the loan. Everyone can think about the different reasons that divergent takes place.

2. The project or purpose of the loan was poor and earnings from the project did not work out. This is very common. A company applies for a loan and presents a picture of its financial condition and how the loan is going to result in increased profits sufficient to repay the loan. Thebank does its best to determine the realism of the plan. But borrowers will withhold information; the type of project may be new and the bank officials have limited knowledge. There are many reasons projects go wrong.

3. The borrower may be a willful defaulter and has no intention of repaying the loan, “Get me if you can.”

4. The economy may go into recession so that revenues fall below plan.

When a loan is rescheduled the bank should try to understand what has gone wrong.

The rescheduling should be linked to corrective action. Without well directed actions to cure the problems there is no reason to believe that the borrower’s performance will improve.

These types of corrective actions, linked to understanding of the reasons for the project failing, represent the key to reducing non-performing loans and
readjusting to changed situations affecting the outcomes.

All of these points inform our conclusion that a much stronger effort is needed by Bangladesh Bank on every facet of the battle with non-performing loans.

Forrest Cookson is an economist who has served as the first president of AmCham and has been a consultant for the Bangladesh Bureau of Statistics.