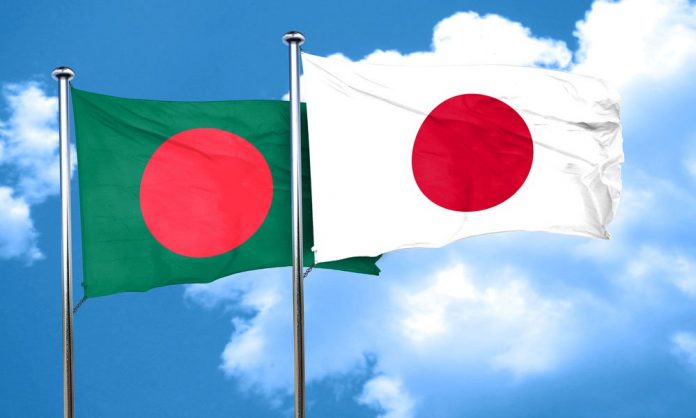 Japan expects Prime Minister Sheikh Hasina to pay an official visit to Japan in 2022, the year of 50th anniversary of establishment of diplomatic relations between the two countries, said Japanese Ambassador Ito Naoki.

On the auspicious occasion that falls on February 10, 2022, Bangladesh and Japan agreed to take their bilateral relations to the next level.

The Japanese Ambassador highly appreciated the socio-economic development of Bangladesh under the leadership of Prime Minister Sheikh Hasina and assured of continuing its support to Bangladesh.

This was discussed when Japanese Ambassador Naiko met State Minister for Foreign Affairs Md Shahriar Alam at his office on Thursday.
The State Minister and the Ambassador expressed their satisfaction at the ever-expanding bilateral cooperation between the two countries and agreed to organize befitting commemorative events both in Dhaka and Tokyo.

Ambassador Naoki expressed that the inauguration of Metro Rail Line 6 in 2022 would be an appropriate event on the 50th anniversary.

The Japanese envoy also highlighted that the Arihajar Special Economic Zone would see Japanese and international investment worth of $1 billion beginning next year.

He urged Japan to use its influence to persuade Myanmar and the international community to create a conducive environment in Myanmar for the safe and sustainable return of the Rohingyas.

Ambassador Naoki reiterated the commitment of his government’s continued support for the safe and voluntary repatriation of Rohingyas to Myanmar.
unb