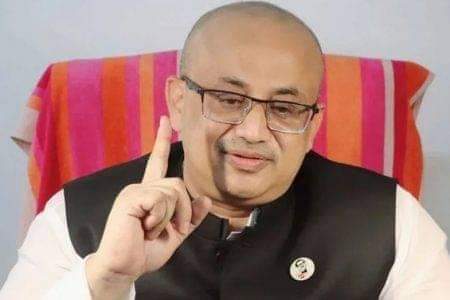 Prime Minister Sheikh Hasina has ordered State Minister for Information and Broadcasting Md Murad Hassan to step down from his portfolio.

The development has come in light of heavy criticism from various quarters over a round of objectionable remarks Murad made about a number of people, including Dhallywood star Mahiya Mahi, BNP Chairperson Khaleda Zia and her granddaughter.

“I spoke to the prime minister this evening about Murad’s issue. She ordered him to resign from the cabinet by tomorrow [Tuesday],” he said while talking to reporters at his home in Dhaka.
I informed State Minister Murad about her directive at around 8pm tonight,” said Quader, also the general secretary of ruling Awami League.