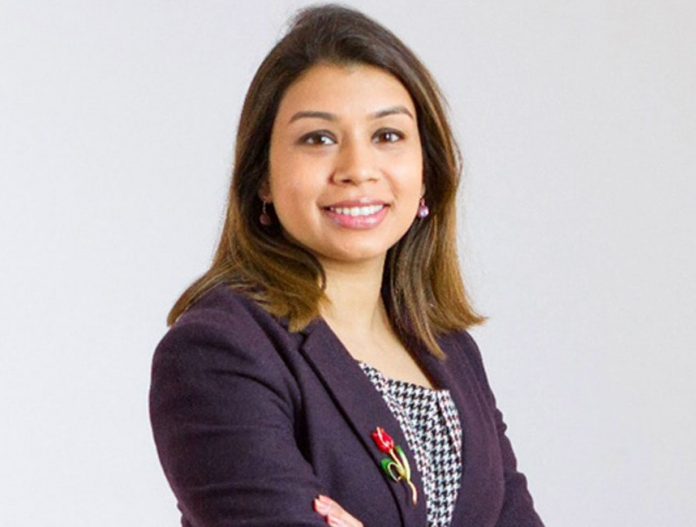 I will never stop fighting,’ says the granddaughter of Bangabandhu

Tulip Rizwana Siddiq, a member of British parliament and granddaughter of Father of the Nation Bangabandhu Sheikh Mujibur Rahman, has been appointed as the Shadow Economic Secretary to the Treasury (City Minister) of the United Kingdom.

“After nearly six years as Shadow Early Years Minister, I’m pleased to be taking on the role of Shadow Economic Secretary to the Treasury (City Minister),” Tulip said in a tweet on Saturday.

The Hampstead and Kilburn MP, also the daughter of Bangladesh Prime Minister Sheikh Hasina’s younger sister Sheikh Rehana, said she is looking forward to a new challenge in shadow chancellor at Rachel Reeves MP’s team.Championing the early years’ sector from the Labour frontbench has been a privilege. Early education is crucial in shaping children’s life chances, and I will never stop fighting for those who provide it to be properly recognised and supported,” she said.

Tulip said as shadow minister for children and early years, she has also fought for better support for vulnerable children, looked after children, children with SEND and those eligible for free school meals.

In her tweet, she also said: “They truly are unsung heroes. There’re too many people I want to thank for all the support they’ve given me in holding the Government to account on early years.”
Tulip’s political success story highlights the ambitions of aspirational women across the world seeking due space in the political landscape as they are held hostage to male power, according to political analysts.

As Shadow Minister for Children and Early Years, Tulip said, she has also fought for better support for vulnerable children, looked after children, children with “SEND” and those eligible for free school meals.

“Thanks to all the campaigners and organisations who supported me in this work. I know my successor Helen Hayes will do an amazing job of standing up for children and those working to support them, and I wish her and the new Shadow Education Secretary,” Tulip mentioned.

She captured a spot on The Progress 1000 list of the Evening Standard in October 2019 to become one of the most influential politicians of London.