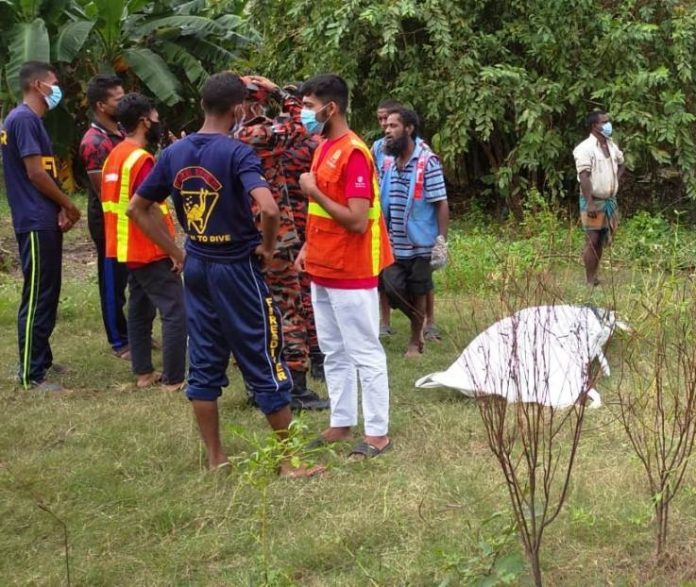 Police and firefighters have retrieved the body of the 11-year-old boy who went missing after falling into an open drain in Chittagong three days ago.

In the afternoon on Monday, Kamal fell into the drain, known as Chashma canal, in the port city’s Sholoshohor area.

The body was found some two kilometres away on Thursday, said Inspector Rabiul Azam of Chittagong Fire Service and Civil Defence.
The Fire Service will hand the body over to the police, he added.
Locals reported to police after spotting a body in Mirza canal in Muradpur, Assistant Commissioner Shahidul Islam of the Chittagong Metropolitan Police told the media.

“We received reports of a floating body around 11.30am. The body was swollen as it was in the water for a long time. Kamal’s father Ali Kaswer and his friend Rakib identified the body,” he said.

Rakib was with Kamal when they fell into the drain in front of the local Land Office. He managed to get out but Kamal drowned
On September 27, university student Shehrin Mahmud Sadia died after falling into an open drain in Agrabad Badamtoli area of the port city.
On August 25, businessman Saleh Ahmed went missing after falling into Chashma canal. His body has yet to be recovered.

On June 30, two people died when a three-wheeler fell into a canal in Mayor’s Lane area. Not only have no security fences been built there, but locals had to put up a pole to prevent such vehicles from entering the road.

Apart from these fatalities this year, numerous individuals have died in similar mishaps in the port city in the past.

Despite the city dwellers’ requests for security fences or slabs on open drains, the authorities have yet to take any measures to resolve the issue.