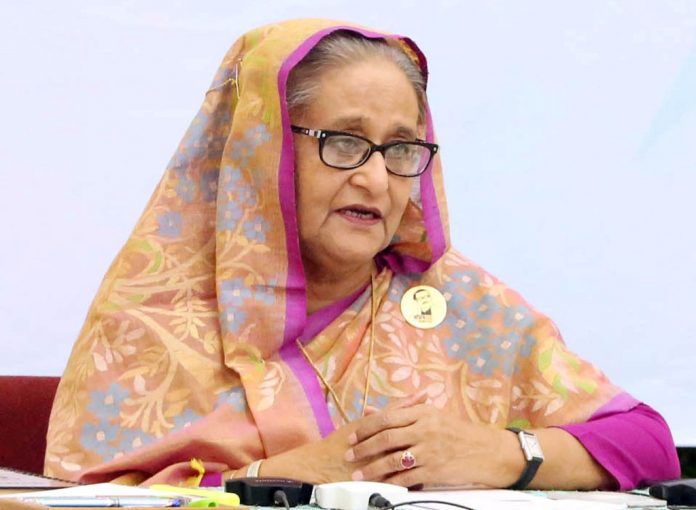 Forbes has listed Prime Minister Sheikh Hasina as the sixth most powerful woman in Asia.

She ranked 43 overall on Forbes’ 18th annual list of the world’s 100 most powerful women.

The Forbes’ 18th annual list of powerful women includes 40 CEOs, 19 world leaders, an immunologist and, for the first time in more than a decade, a new number one.
The people on the 18th annual list of the World’s 100 Most Powerful Women come from 30 countries and territories and work across finance, technology, politics, philanthropy, entertainment and more, they are united by a sense of duty.

Philanthropist MacKenzie Scott has ranked at number one in the US magazine Forbes list, while US Vice President Kamala Harris stood second.

Sheikh Hasina, the longest serving prime minister in the history of Bangladesh, is currently serving her fourth term in office.

She won her fourth term, which is also her third consecutive term, after Awami League won 288 of the 300 parliamentary seats in the 11th general election.

Sheikh Hasina plans to focus on issues such as food security and access to education and healthcare.

An ongoing struggle for the prime minister has been establishing a firm democracy in Bangladesh.
BSS