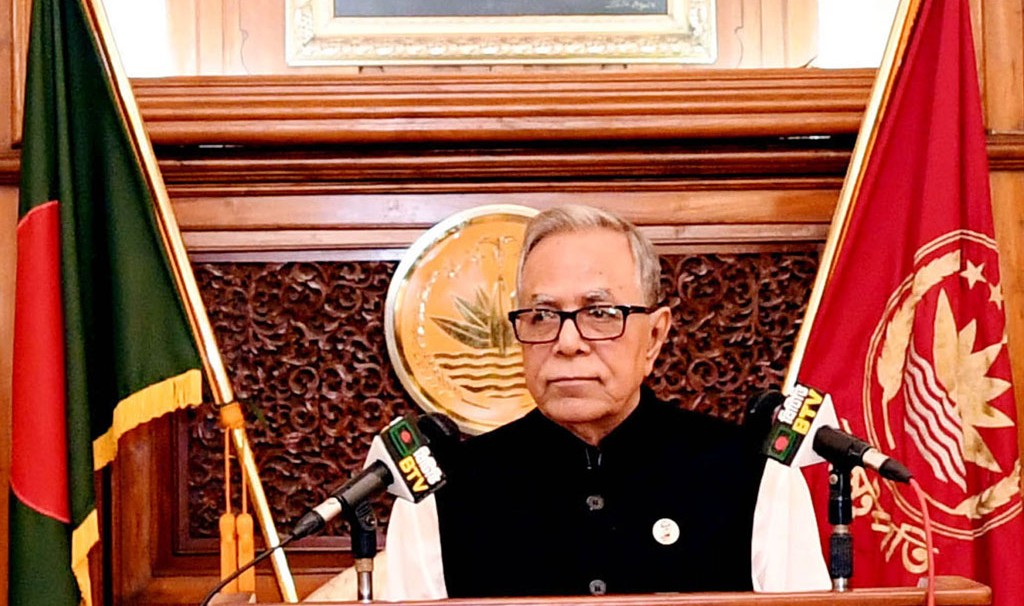 It is impossible for Anti-Corruption Commission alone to curb corruption unless anti-graft sentiment is awakened socially, says President Abdul Hamid

The society should boycott the corrupt — that is President Abdul Hamid’s curt prescription to end corruption in Bangladesh.

“No man is born corrupt. Family, social and surrounding environment have the greatest impact on human life. So, corrupt people should be socially boycotted,” he said at a program on the occasion of International Anti-Corruption Day on Thursday.

The program was organized at the city’s Shilapakala Academy in the morning, where Chief Justice Syed Mahmud Hossain also delivered his speech as the special guest.

The theme of this year’s Anti-Corruption Day is: “Your right, your role: Say no to corruption”.
The president said that honest, sincere and devoted people need to be evaluated socially. “Only then will corruption be reduced.”

“Human needs have limits, but greed is limitless. Corruption is an issue that has been prevalent in every society. No country in the world is completely free from its ill-effects,” he said.

The president said it is not possible for the Anti-Corruption Commission (ACC) alone to curb corruption unless anti-graft sentiment is awakened socially.
Stressing on establishing the rule of law, President Hamid said there is no alternative to building a comprehensive resistance against corruption. “Only by creating anti-corruption awareness among the people and giving exemplary punishment to the corrupt can help reduce corruption to a tolerable level.”

He also urged all ACC employees to show utmost impartiality and ethics in discharging their duties.

“You have to eliminate your own irregularities and dishonesty before identifying the corruption of others and bringing them to justice. Those who abuse the responsibilities and powers vested in them by the state must be strictly controlled and brought to justice through customary law,” he added.
The president also said the confidence of the people in the ACC will increase if the idea is created in the minds of the people that no corrupt person will be able to escape.

To mark this date, the ACC has also arranged a human chain in the city’s different areas alongside a discussion program.

On the other hand, Transparency International Bangladesh (TIB) organized a cartoon exhibition on the occasion.

The assembly also fixed December 9 as International Anti-Corruption Day to raise awareness against corruption and of the role of the convention in combating and preventing it.
Unb