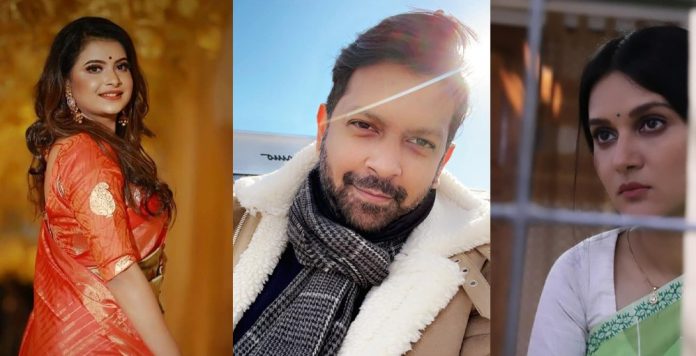 Police in Dhaka said actors Tahsan Khan, Rafiath Rashid Mithila and Shabnam Faria are under their watch after a customer of online marketplace Evaly pressed fraud charges against them.

“They are under our watch and likely to be arrested any time,” Deputy Commissioner Sajjadur Rahman of the Dhaka metro police’s Ramna Division told the media on Friday.

One Saad Sam Rahman started the case with Dhaka’s Dhanmondi police station on December 4 accusing them of embezzling Tk3.18 lakh.

The embattled e-commerce platform’s managing director Mohammad Rassel and his wife Shamima Nasrin, who served as the chairman of Evaly, have been also named in the case, investigating officer, Sub-inspector Md Rajib Hossain told the media late on Thursday.
The plaintiff claimed that he had ordered products worth hundreds of thousands of taka from Evaly, which were never delivered to him. Charges of aiding and abetting fraud have been brought against actors in the case.

Tahsan and Mithila were brand ambassadors of Evaly while Shabnam Faria served as the head of public relations.

“Evaly founder Rassel and chairman Shamima have been formally arrested in the case. We have opened an investigation. Legal actions will be taken against the others if their involvement is found,” said Sub-Inspector Rajib, the investigating officer.

The Rapid Action Battalion arrested Rassel and Shamima in September this year in connection with a lawsuit filed by a customer alleging fraud. They have been behind the bars since then.

Another former top officer of Evaly Arif R Hossain in August told media that he had left the position of chief marketing officer of the e-commerce company in June.
Evaly became popular among a section of customers with lucrative offers on home appliances, TV, refrigerators, air-conditioners, washing machines, motorcycles and other products.

Many of them took up to half price discounts as an opportunity to do business by reselling the products. They invested in reselling products purchased from Evaly by borrowing hundreds of thousands of takas or selling land and golden ornaments.
Evaly and its founder Rassel hit the spotlight with giant billboards on highways in 2018. In the launching year it flabbergasted customers offering 16GB flash drive for Tk10.

But the next year, it began to sink due to mismanagement as pressure for delivery mounted with hundreds of thousands orders.

Evaly, however, continued its aggressive campaign, even offering Tk300,000 motorbikes at half the price and promising deliveries within a month and a half.

But the campaign failed as the online marketplace did not have funds and started to miss delivery deadlines.