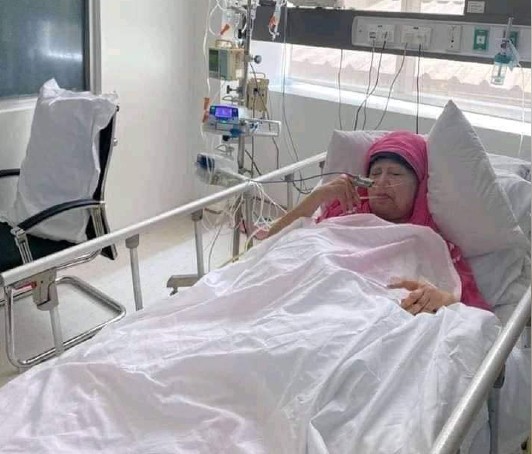 Agitations or demonstrations are of no use as the law will take its own course, Law Minister Anisul Huq has said on Friday on BNP’s demand to allow its chief to travel abroad.

Speaking at an event in Brahmanbaria, he said that Khaleda Zia’s prison term was suspended on the condition that she will receive treatment from home, which means she cannot go abroad.

“The government never said she cannot go to the hospital,” Huq said.

On petitions by Khaleda’s family, Huq said that there was no scope to reconsider those as the matters have been already disposed of.

“That’s why the Law Ministry has turned down the requests twice,” he added.
The law minister earlier said the government is looking for legal scopes to allow the BNP chairperson to go overseas for treatment.

Prime Minister Sheikh Hasina on Wednesday said the government has shown “great generosity” to Khaleda by allowing her to stay home and receive treatment at a hospital.

Khaleda has been receiving treatment at Evercare Hospital for various health complications since November 13.

The 76-year-old former prime minister’s medical board members recently said she needs to go abroad immediately for advanced treatment due to being diagnosed with liver cirrhosis.
On behalf of her family, Khaleda’s younger brother Shamim Iskander submitted an application to the Home Ministry on November 11 urging the government to allow her to go abroad for better treatment.

However, Law Minister Anisul Huq said the government will consider Khaleda Zia’s appeal if she submits a fresh petition after returning to jail.