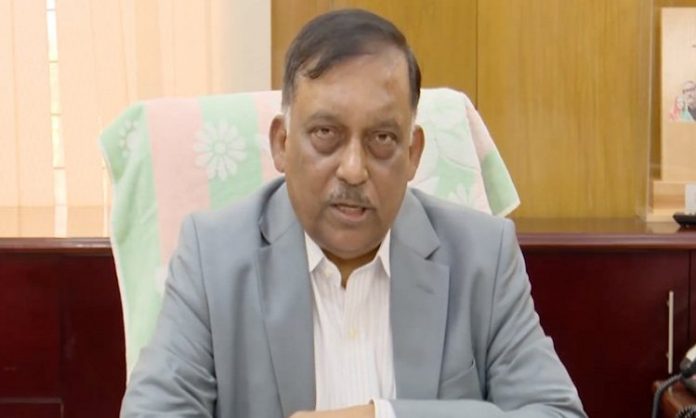 When miscreants wield firearms, our security forces are often forced to retaliate to save their own lives,’ says Asaduzzaman Khan Kamal

Turning down the allegations of human rights abuse against seven present and former officials of RAB, the home minister on Saturday said every incident of human rights violation is investigated properly in Bangladesh and legal action is taken accordingly.

“If any such incident is reported, investigations are carried out by magistrates. Legal action is taken here if any government agency violates human rights,” Asaduzzaman Khan Kamal said while talking to reporters after attending a program at Dhaka Wasa in the city.

“The US has not imposed the sanctions neutrally. They did it based on exaggerated news. Maintaining law and order is a challenging task in Bangladesh,” he saidDrug peddlers use firearms for self-defence that leads to gunfights with the members of law enforcement agencies, causing casualties,” he added.

Members of law enforcement agencies cannot just fire at a person, he said. “There is a judicial inquiry into all incidents of gunfights… [to find] whether there was a proper reason behind the incident or was it negligence. A case is started against the persons involved if negligence is found.”

The minister said he cannot provide further details about the US sanctions as a report on it has yet to arrive at his office.

“When miscreants wield firearms, our security forces are often forced to retaliate to save their own lives, which is legal,” Khan said.

On Friday, the US government slapped RAB as an entity, and seven former and current RAB officials with sanctions overallegations of human rights abuses, on the occasion of Human Rights Day.

Sanctions were also imposed on dozens of people and entities tied to China, Myanmar and North Korea, while Chinese artificial intelligence company SenseTime Group was added to an investment blacklist under Section 7031 (c) of the FY 2021 Department of State, Foreign Operations and Related Programs Appropriations ActThe seven officials include former RAB director general (DG) and incumbent Inspector General of Police Benazir Ahmed and incumbent RAB Director General Chowdhury Abdullah Al-Mamun, according to a press release issued by the US Department of Treasury.

The statement said the allegations of human rights abuses by RAB threaten US national security interests by undermining the rule of law, respect for human rights, fundamental freedoms and the economic prosperity of the people of Bangladesh.

The US government also announced visa restrictions on Benazir, who served as the RAB chief from January 2015 to April 2020, due to “his involvement in gross violations of human rights, making him ineligible for entry into the United States”.

Dubbed an elite police unit, RAB is a joint task force that was founded during the BNP-Jamaat rule in 2004. The force comprises members of the police, army, navy, air force and border guard, seconded to RAB from their respective units.

According to the press release, NGOs have alleged that RAB and other Bangladeshi law enforcement agencies are responsible for more than 600 disappearances since 2009, nearly 600 extrajudicial killings since 2018 and torture.