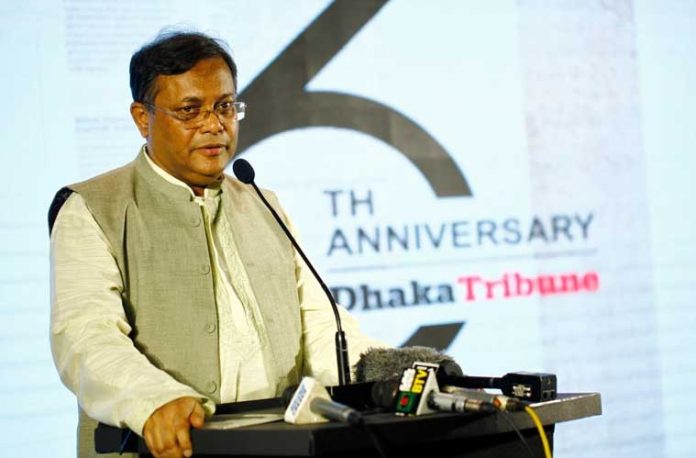 The world didn’t forget the tragic incident of last year when US cops killed a black man,’ says the state minister

Information and Broadcasting Minister Dr Hasan Mahmud on Saturday said imposing a ban on others by the USA is one-sided and ineffective as human rights are extremely violated even in the United States.

“The United States imposed a ban on Indian Prime Minister Narendra Modi. But later, they (USA) gave red carpet reception to him which proved that such ban is futile,” he told reporters after attending a reception of freshers of University of Information Technology and Sciences (UITS) in Dhaka.

On February 26 this year, the United Nations (UN) urged the US government to stop the torture of police and racism, said the minister.
An article, published by The Guardian in October this year, stated that 55% of death between 1980 and 2018 in police custody remained “unreported” or “miss levelled”, which means that the exact cause of those deaths was not revealed, he added.

Hasan mentioned that the death rate of black people is three and half times more than white people, though the black people are only 10% of the total population in the USA. “The world didn’t forget the tragic incident of last year when cops killed a black man by suffocating him with a knee.”

The minister further said the Israeli forces fired indiscriminately on Palestinian children when they (children) hurled stones at Israelis who attacked their houses.
But the US didn’t impose any ban on Israel rather they (US) vetoes when the UN proposes any condemnation against the violation of human rights in any country, he added.

“So that, the ban is purposeful, one-sided and ineffective.”

Later, the minister joined the annual general meeting of Janasangjog Samity, an organization of public relations officers, at an auditorium of Jatiya Press Club (JPC) in the capital.