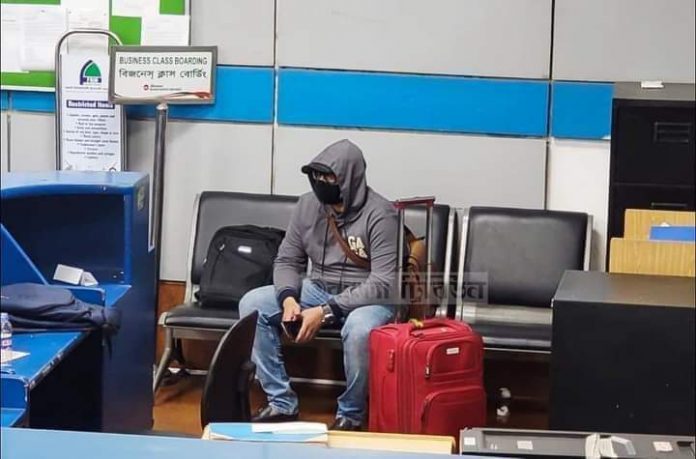 At least four cases have been filed against him

Dr Murad Hassan, the disgraced ruling party lawmaker who was forced to resign as a state minister following his indecent and vulgar remarks on women, has returned to Dhaka after failing to enter Canada and the UAE.

Murad was sent back home by the UAE immigration authorities as he did not have any valid visa to enter Dubai, one of relatives said earlier on condition of anonymity.

Meanwhile, at least four cases have been started against Murad in Dhaka, Sylhet, Khulna, and Rajshahi for his obscene remarks on BNP chief Khaleda Zia’s granddaughter.
The former state minister left Dhaka on early Friday for Canada amid a whirlwind of controversy.

Later, reports of the Canadian immigration denying entry to Murad started making the rounds in the media late on Friday.

Citing sources at the immigration department, Toronto-based Bangla newspaper “Notun Desh” said he was not allowed to enter and that he had taken a flight to a Middle-eastern country.

Now, after being denied entry to the UAE as well, Murad is forced to come back to Bangladesh.
Murad had travelled to Canada with his diplomatic passport for around a week in September, when he had gone to Ottawa, Toronto, Montreal and Vancouver. He had gone to the US the following month.

On Tuesday, after resigning from his cabinet post, Murad also returned his red passport.
The lawmaker came under massive criticism after he made some derogatory remarks on BNP Chairperson Khaleda Zia, acting chief Tarique Rahman and his daughter Barrister Zaima Rahman.

The BNP, other political parties and rights activists have been demanding his arrest for the indecent comments he made.

Meanwhile, a two-year-old phone conversation of the state minister with actor Mamnun Hasan Emon and actor Mahiya Mahi went viral on social media. In that audio clip, Murad was heard making some derogatory remarks on the actor.

Information and Broadcasting Minister Hasan Mahmud said the party was embarrassed by his remarks.

Following his resignation from the cabinet, Murad was also expelled from the local units of Awami League as well.