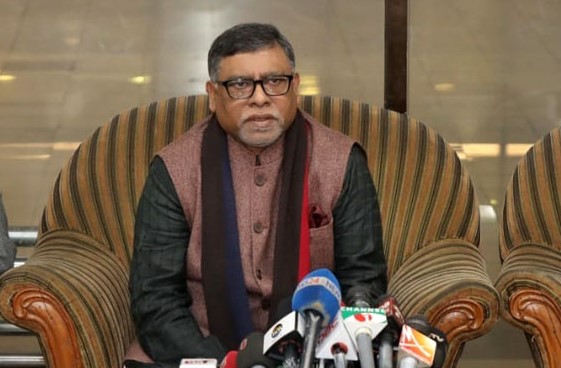 Over 24% of the population have received both shots until now

Authorities will start to administer booster shots of the Covid-19 vaccine to frontline workers as well as people aged 60 and over from December, according to Health Minister Zahid Maleque.

Speaking to the media after the weekly Cabinet meeting on Monday, he said that preparations were underway to start a campaign for booster doses.

“We have now 2,500 vaccination booths. Instructions have been given to set another 1,000,” Maleque said.
As the protection offered by vaccines wanes over time, the developed countries have rolled out a third dose of the coronavirus shots amid the emergence of the Omicron variant, potentially more contagious than the Delta variant.

A little over 24% percent of the people in Bangladesh have received both shots.

According to the health directorate, over 66 million people have received at least the first dose, while a little over 42 million have completed the course.