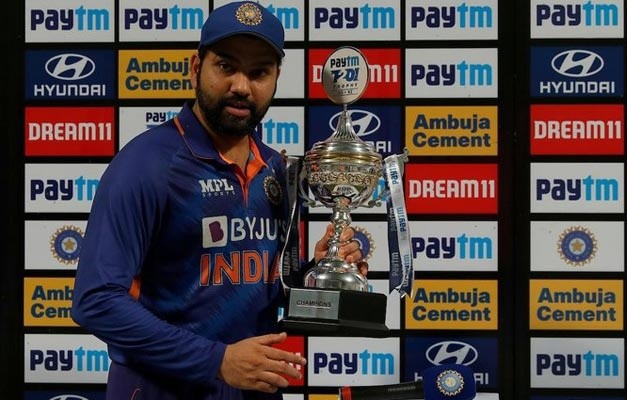 India batsman Rohit Sharma has been ruled out of the three-Test series against South Africa due to a hamstring injury and will be replaced by Priyank Panchal, the country’s cricket board (BCCI) said on Monday.Rohit, who replaced Virat Kohli as India’s white-ball skipper last week, picked up the injury to his left hamstring during a training session in Mumbai on Sunday.

Panchal, 31, was part of the India ‘A’ side that played in a three-match unofficial Test series in South Africa earlier this month.

The first Test is scheduled to start in Pretoria from Dec 26.
Meanwhile, the home team’s wicketkeeper-batter Quinton de Kock could also miss the second and third Test matches, with his wife expecting the birth of their child in early January, ESPN Cricinfo website reported on Monday.

The second Test is set to start on Jan. 3 in Johannesburg, while the final Test is scheduled for Jan. 11 in Cape Town. The teams will then play three one-day internationals.

De Kock last featured for South Africa at the Twenty20 World Cup, where he opted to sit out their second group game following a board order to take a knee in support of the “Black Lives Matter” movement.

He later apologised for his decision and took a knee in the following three matches as South Africa were knocked out in the Super 12 stage of the competition.
Reuters