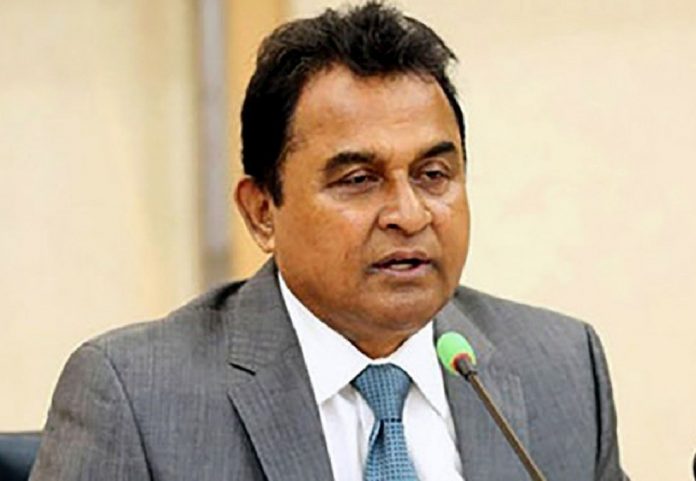 Finance Minister AHM Mustafa Kamal has expressed optimism about achieving the targeted 7.2% GDP growth in the 2021-22 fiscal year, saying the country is on the right path to development.

“Earlier, the GDP growth target in the current fiscal year was set at 7.2%. I believe that we will be able to attain that,” he said on Monday.

The finance minister said this virtually while replying to questions after chairing the 41st meeting on the Cabinet Committee on Government Purchase (CCGP).
Asked about the International Monetary Fund’s (IMF) latest growth projection of 6.6% for Bangladesh, Kamal said that the World Bank and the IMF always make conservative projections on such issues.

“But the good news is that they have scaled up their GDP growth projection slightly to 6.6% from their earlier projection. This helps me to believe that we will be able to attain 7.2% GDP growth this year,” he added.

The finance minister mentioned that the recent figures show that Bangladesh has attained growth in almost all sectors, as the export earnings witnessed a growth of over 31% in November while the July-November export earnings posted a healthy growth of 24.3%.

He said the way export earnings are coming, the country is likely to fetch $47 to $48 billion from exports at year-end — a new milestone for Bangladesh.
Although the inward remittance flow is a bit low now, but at the end of the year, it is likely to reach $21 billion, the minister further said.

Kamal, however, said that considering the two upcoming Eids, the inward remittance flow is likely to touch the $25 billion.

Asked about the achievements of Bangladesh over the last 50 years, he said that these were not achieved at the same rate over the years.

The finance minister said it took around 38 years since independence to take the country’s GDP size to $100 billion, but the maximum attainments were made over the last 13 years under the leadership of Prime Minister Sheikh Hasina.

The finance minister was also optimistic about Bangladesh becoming a higher middle-income country by 2030 and a prosperous, developed nation by 2041.
Replying to a question about the outcomes of the recent road shows organized by the Bangladesh Securities and Exchange Commission (BSEC) in different countries of the world, Kamal said he personally does not believe that these road shows are directly related to the development of the capital market.

But he believes that these road shows have been effective in changing the global perception towards Bangladesh.

He said earlier, Bangladesh could not fully utilize its potential.

“But, now under the dynamic leadership of Prime Minister Sheikh Hasina, Bangladesh has been implementing various plans like Five Year Plans, Perspective Plans and Delta Plan 2100. We think that we are on the right path,”
When asked about the proposal from the Bangladesh Bureau of Statistics (BBS) for procuring some 395,000 tablet devices for conducting the next Housing and Population Census although it was not approved in the day’s CCGP meeting, Kamal said that the Statistics and Informatics Division has been suggested to resubmit the proposal within 10 days with some more information.

Kamal said that it is taking time to approve the proposal since the government wants to go ahead with the locally made products, adhering to the “Made in Bangladesh” concept and philosophy.

He said the government wants to give scope to the local companies in this regard for which it is taking some time.

“The two companies [in tender bids] are local ones and we need more information only for a matter of clarity. We do not want to import those products which are produced locally as we want to stand on our own feet,” the minister said.