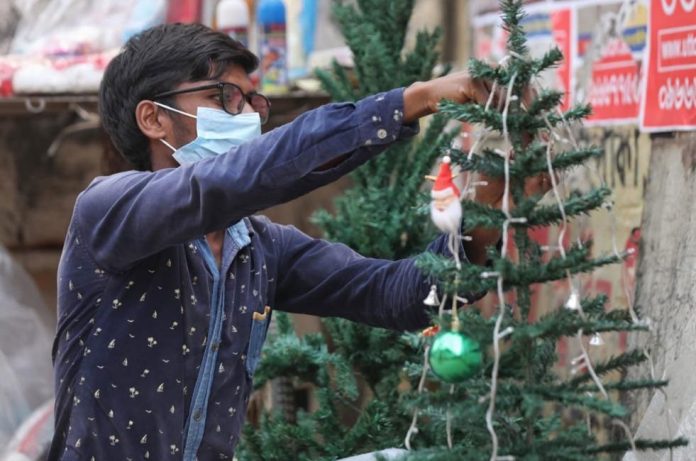 The Ministry of Home Affairs has instructed everyone to celebrate Christmas and the English New Year on a limited scale as a precaution towards restricting the spread of the Covid-19 variant Omicron.

A letter was sent on December 14 from the Public Security Division of the Home Ministry to various departments of the government and organizations, instructing them to go for limited gatherings during the two festivals.

The letter was also sent to the president and the general secretary of Bangladesh Christian Association.
Due to the pandemic, restrictions had been imposed on these two events last year as well.

The letter mentioned that every year, the biggest religious festival of the Christian community is celebrated on December 25 with due religious fervor and enthusiasm.

At the same time, on December 31, people get together to welcome the new year.

However, due to the prevailing Covid situation, all religious and social ceremonies and public gatherings around the world are being arranged domestically on a limited scale through following health rules, it added.

If necessary, the authorities concerned in upazilas, districts, divisions and metropolitan areas should consult locally with stakeholders regarding an enforcement of health protocols during the two festivals.