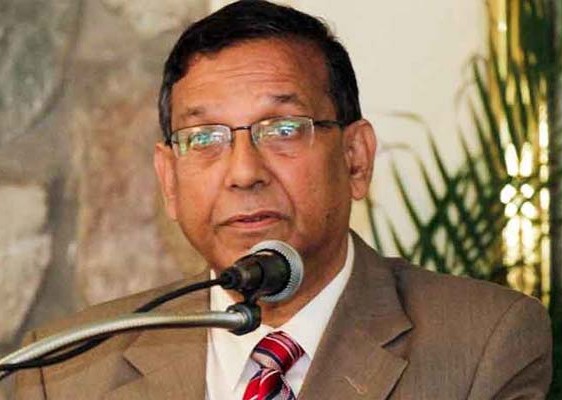 NHRC should remain steadfast in its observations on human rights issues even if it faces criticism or is in conflict with the state, says the minister

Bangladesh has progressed in establishing and protecting human rights as well as prioritizing the issues related to them in the constitution, but the country still has a long way to go, the law minister has said.

“The National Human Rights Commission (NHRC) should play a strong role in establishing human rights,” said Anisul Huq at an event organized by the NHRC at a hotel in Dhaka on Tuesday.

The draft act on “Sexual Harassment Prevention and Safeguard 2021” was handed over to the minister by NHRC Chairman Nasima Begum at the event. The NHRC was technically supported by the UNDP in drafting the draft act, which will be scrutinized by the relevant authorities before further steps are taken on it.
The law minister also urged the NHRC to uphold the goal set by Prime Minister Sheikh Hasina when the government formed the independent Human Rights Commission in 2009.

“The NHRC should be well organized and vocal against violations of human rights,” he said.

Huq added: “It is our prime responsibility to improve [Bangladesh’s ranking] in the Human Development Index by keeping it consistent with the country’s overall development as a global role model.”

“The NHRC needs to work in a more integrated manner to bring about a change in people’s mindsets regarding the violation of human rights,” he said, mentioning the government’s various initiatives to protect women, children and human rights.
The minister also said that the NHRC would have to remain steadfast in its observations on human rights issues even if it faced criticism or was in conflict with the state.

He said the Supreme Court had taken steps to protect human rights through Public Interest Litigation, which was welcome.

“It is extremely important to collaborate in order to establish human rights properly,” said Nasima Begum.

The law minister was the chief guest at Tuesday’s event, where winners of an essay competition on “Liberation war, independence and human values”, organized by the NHRC, received their awards. The minister at the event also inaugurated “Challenger Mamar Pathshala,” an online course on human rights related issues, including history, ethics, etc.

Deputy Education Minister Mohibul Hassan Chowdhoury and eminent writer and activist Selina Hossain were present at the event, among others.