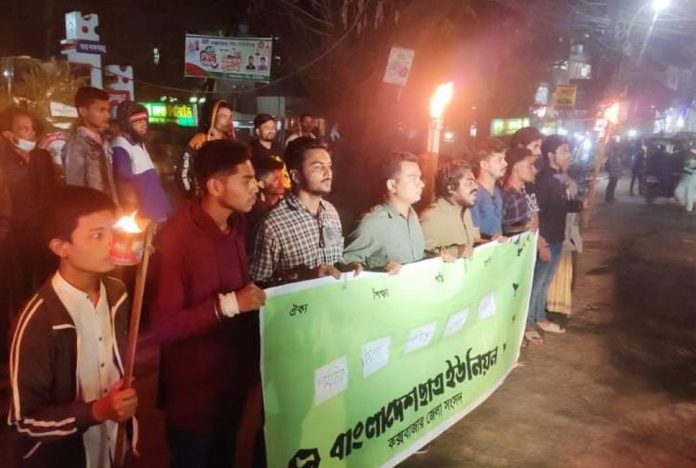 The husband of the woman, gang raped in Cox’s Bazar on Tuesday night, has filed a case over the gruesome incident that shocked the nation.

Tourist Police has been tasked with the investigation.

It is alleged that the police advised the woman to go to the police station to file a general diary when she had sought help from captivity.

Rapid Action Battalion (RAB) is also investigating the matter and claimed to have identified two of the three rapists.
Meanwhile, members of Bangladesh Chhatra Union brought out a torch procession in the evening demanding arrest of the culprits within 48 hours and harsh punishment.

They also asked the authorities to beef up security for the tourists, and stop all sorts of harassment and crime.

The couple went to Cox’s Bazar their eight-month-old on Tuesday. At Laboni Beach, the husband and a stranger got into an altercation after bumping into one another in the afternoon.
In the evening, some men picked up the husband and the child in an auto-rickshaw. On the other hand, three others took the woman to a secluded place and raped her.

Later, they took her to Zia Guest Inn and raped her once again after smoking yaba tablets.

RAB rescued the survivor around 2am on Thursday and sent her to Cox’s Bazar Sadar Hospital one-stop crisis centre for treatment.