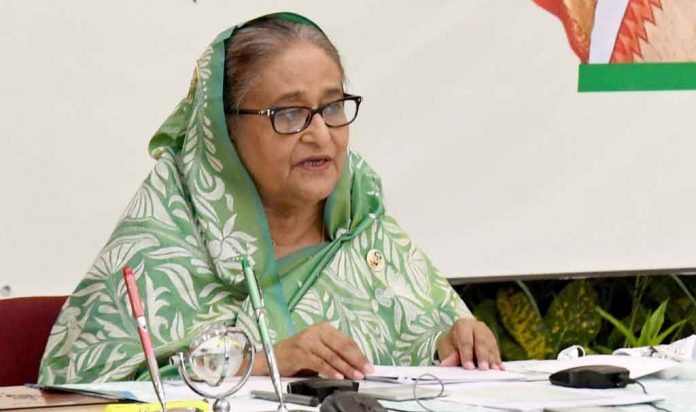 Expressing profound shock and sorrow at the loss of lives and injuries in the MV Obhijan 10 launch fire, Prime Minister Sheikh Hasina on Friday directed the authorities concerned to ensure quick treatment of the injured and hand over the bodies to their relatives promptly.

She prayed for the eternal peace of the departed souls and expressed deep sympathy to the bereaved family members, and the quick recovery of the injured.

Now in the Maldives on a state visit, the Prime Minister is regularly enquiring about the incident, said a PMO press release.
At least 40 passengers were charred to death and 70 others injured after a massive fire broke out in the engine room of a launch in the middle of Sugandha River off the coast of Jhalakathi Sadar Upazila.

The blaze broke out at 3am on the Barguna-bound Obhijan 10 launch carrying over 500 passengers from Dhaka and it engulfed the entire vessel within 10 minutes.