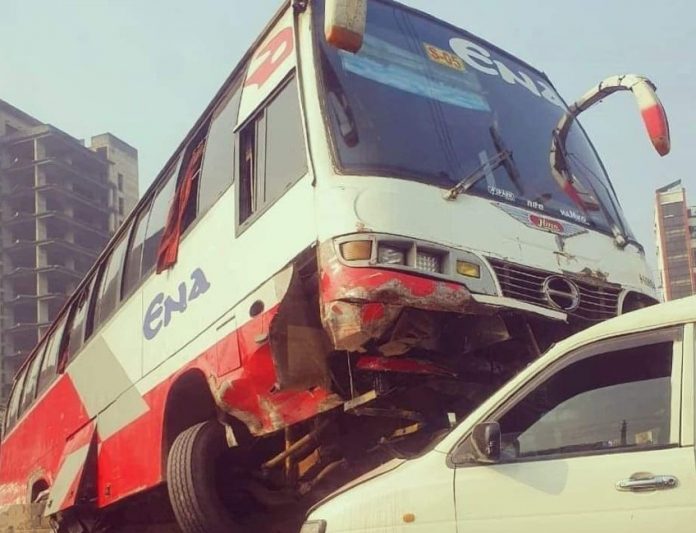 One injured in the crash on the Airport Road in capital

A bus smashed through the road divider in Dhaka and crashed into another car on Tuesday.

The incident was reported around 9am from near the Hotel Le Meridian on the Airport Road in the capital, said police.
One person was injured as a bus, operated by Ena Paribahan, hit a microbus after breaking through the median at the city’s Khilkhet, said Sub-Inspector Sabrina Rahman.

The driver of the microbus barely escaped with injuries to his hand, she said before adding that the four other people in the car were unharmed.
The speeding Ena Paribahan lost control and went through the divider before hitting the microbus on the opposite lane,” said the police officer.

According to police, neither the driver of the bus, nor its passengers could be found when traffic police reached the scene.
The accident created the massive tailback on the airport road that led up to Abdullahpur, Khilkhet, Kurmitola, Mohakhali and Banani.

Commuters were seen walking to their destinations due to the hours-long gridlock.