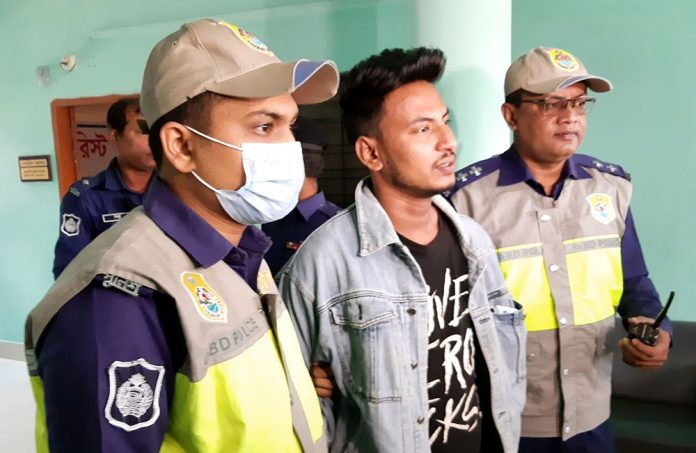 Six arrested so far over the incident that shocked the nation

Police have arrested another person over the recent gang rape of a tourist in Cox’s Bazar.

The Tourist Police detained Israfil Huda Joy, 27, from the Baharchhara area of the district early on Tuesday.

Six people have been arrested so far over the incident, said Additional Deputy Inspector General of Police Md Moslem Uddin of the specialized police unit.

Riaz Uddin Chhoton, manager of the hotel where the rape reportedly took place, was arrested on Saturday and remanded for four days.
The Tourist Police arrested another three suspects – Rezaul Karim, 30, Mehedi Hasan, 25, and Mamunur Rashid, 28 – the same day.

The 22-year-old woman checked into a Cox’s Bazar hotel on December 22 with her husband and their eight-month-old child. In the afternoon, the family went out for a stroll on the beach.

At Laboni point, the husband had an altercation with one of the accused – thought to be Ashiq, who has an extensive criminal record and only got out of his last stint in jail two weeks ago, after they accidentally bumped into each other.
What started as a small argument soon snowballed into an altercation and the young man called his accomplices to the spot. Later in the day, they abducted the family in two auto-rickshaws and took them to a desolate place near the golf club where three of them allegedly raped the woman.

The woman was then taken to Zia Guest Inn, whose manager Chhoton is a friend of Ashiq’s, and there the three accused again took turns to rape her for hours.

They released her in the early hours of Thursday and allegedly threatened to kill her family if she shared her ordeal with anyone.