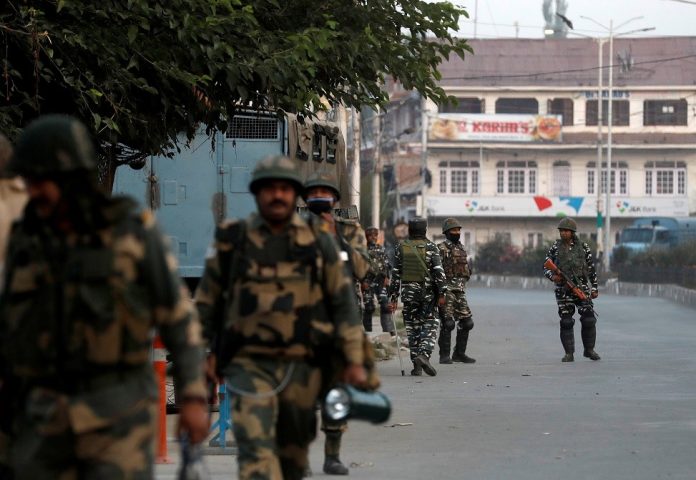 Indian security forces shot dead six militants and lost one soldier in a series of operations in disputed Kashmir on Thursday, as a crackdown against insurgent groups continues after a spate of civilian killings this year, an official said.

“Six militants, including two Pakistan nationals, have been killed in two separate encounters with the security forces in Anantnag and Kulgam districts of Kashmir,” the Kashmir valley’s police Chief Vijay Kumar said.

An Indian army soldier was also killed in the back-to-back gun battles that took place in southern Kashmir, Kumar said.

India has long accused Pakistan of stoking an insurgency since the 1990s in Kashmir – a Himalayan region that both nuclear-armed neighbours claim in full but control only parts of.
Islamabad denies the charge, saying it only provides diplomatic and moral backing for the self-determination of Kashmiri people.

Earlier this year, the disputed region witnessed a wave of civilian killings, with militants seemingly targeting non-Kashmiris, including migrant workers, and members of the minority Hindu and Sikh communities in the Muslim-majority Kashmir valley.

Indian forces in the heavily-militarized region responded with a widespread crackdown.

Anti-insurgency operations in federally-administered Jammu and Kashmir continue with more than 189 militants and 44 security personnel killed in Kashmir this year, according a police official.