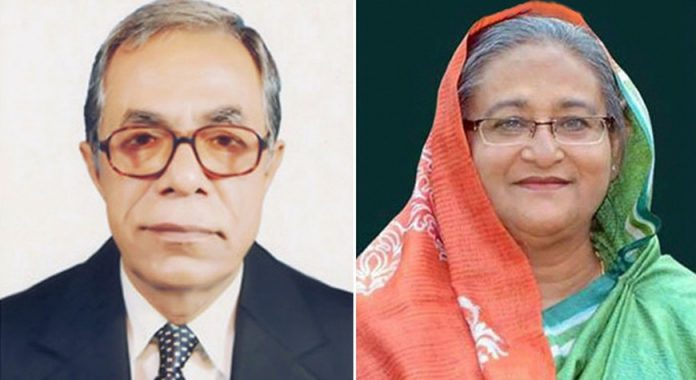 President M Abdul Hamid and Prime Minister Sheikh Hasina greeted the countrymen on the eve of the New Year 2022 in the English calendar on Friday.

In a message, on the eve of the New Year, the president wished happiness and welfare for all in 2022.

He said though the celebration of Bengali New Year has merged with the national culture, the English New Year influences all because of the widespread use of the English calendar in daily activities.The New Year brings new hopes to the nation’s social, political, economic, and cultural areas, the head of the state added.

Prime Minister Sheikh Hasina, in her message, wished that the New Year would bring happiness, peace, and prosperity for the countrymen.

The premier said: “The year 2020 and 2021 was an important milestone in the life of the Bengali nation, we extended the celebration of the birth centenary of Father of the Nation till 2021 and took programs to celebrate it together with the golden jubilee of independence.”
In the meantime, we organized a 10-day program on the occasion of the Golden Jubilee of Independence in March 2021, where the heads of state or government of the five SAARC countries participated in the Golden Jubilee celebrations,” she said.

“In addition, heads of state or government of 77 countries and heads of international organizations have sent video messages and congratulatory letters, highly praising the development work undertaken by our government,” she added.

During the initiative of the government, memorial sculptures, roads, and parks have been named after Father of the Nation in the capitals and important cities of several countries of the world, she further said.
Bss