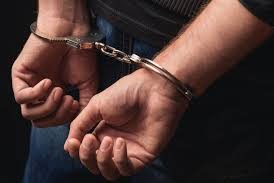 Victim’s father had lodged a written complaint in this regard on December 26
A team of the Rapid Action Battalion (RAB) on Friday detained a schoolteacher in Chittagong for allegedly editing pictures of a former student in an offensive way and posting them on the social media platform Facebook.

RAB-7 Commander Mohammad Mahfuzur Rahman, additional superintendent of police,
confirmed the matter on Saturday
He said: “The victim was a local college student. She took private lessons from Nur for a period of time in school. He used to entice her by making different kinds of inappropriate offers.”

He also said when the student tried to get away from Nur, he threatened her in various ways, including breaking up her upcoming marriage engagement. “However, out of fear, the girl kept the matter a secret from her family.”

“Earlier, the student’s mother died of cancer in a hospital. At the time, the teacher went there and took pictures of the girl next to the house,” the RAB official added.
According to police, after editing the pictures, he started posting them on fake Facebook accounts.

After learning about the marriage proposal, Nur collected the phone numbers of the bridegroom’s family members and started sending the edited offensive pictures of the girl, which was causing the girl’s marriage prospects to fall apart.

The victim’s father lodged a written complaint in this regard at the RAB office on December 26.