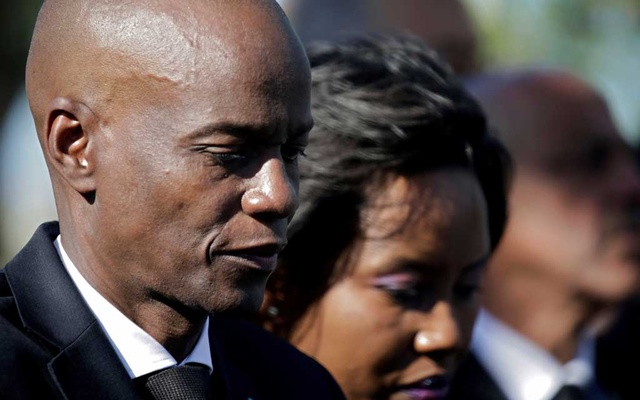 US authorities have arrested a Colombian man for his alleged involvement in the assassination of Haitian President Jovenel Moise, an American law enforcement official told Reuters, adding that the man will make an initial court appearance on Tuesday.The arrest of the former military officer paves the way for the first criminal charges in the brazen murder, which triggered a political crisis in the Caribbean nation. Haitian authorities have arrested 45 people in connection with the crime but have not formally charged anyone.

Mario Palacios is scheduled to make an initial appearance in federal court in Miami on Tuesday afternoon, the law enforcement official said, speaking on condition of anonymity.

The US Department of Justice did not immediately respond to a request for comment on the case.Prime Minister Ariel Henry wants justice to prevail in the villainous assassination of Jovenel Moise,” said a spokesman for the prime minister’s office when asked about the arrest.

Haitian authorities identified Palacios as being part of a group of former Colombian soldiers who participated in the July raid on Moise’s residence.

Palacios was detained in Jamaica in October and was being deported back to Colombia on Monday when he was arrested in Panama, according to two people familiar with the matter.

A Panamanian official who asked not to be further identified said Palacios had expressed the intention of turning himself in to US authorities. Panama’s migration authority has not responded to requests for comment

Colombia’s national police said on Tuesday that they had coordinated with Panamanian and US authorities to enforce an Interpol red notice against Palacios, adding that he was sent to Florida on Monday night after a meeting with FBI personnel.

Critics in Haiti have complained of slow progress, intimidation and witness tampering in that country in the investigation of Moise’s killing.