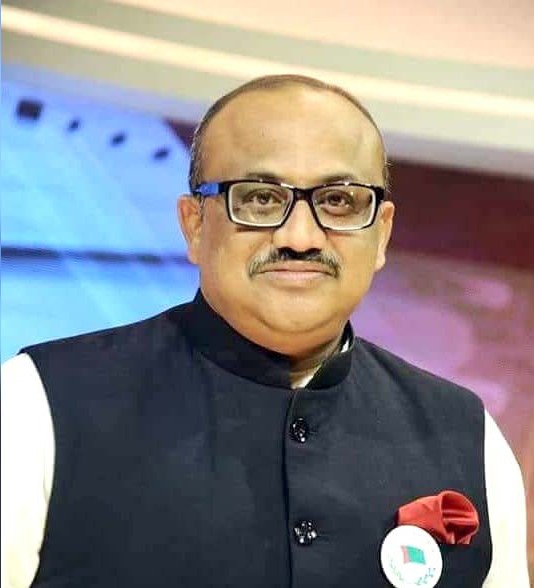 Jahanara called the emergency number 999, saying that her husband was attempting to beat her up
The wife of former state minister for information Dr Murad Hassan filed a general diary (GD) against him on Thursday alleging attempted physical violence.

Earlier in the day, Jahanara Ehsan called the emergency number 999, saying that her husband was attempting to beat her up.
After receiving the complaint, a team of police rushed to Murad’s Dhanmondi residence. However, Murad was not at home at the time.

Murad and Jahanara have been married for 19 years and are parents of two children.

In the GD, Murad’s wife said that Murad had been hurling abusive words at her and their children for the last few days. She said that her husband had also been torturing them physically and mentally. He had also threatened to murder them, Jahanara added.
At around 2:45pm today Murad started using slang and attempted to beat us up,” Jahanara’s GD reads.

“Under the current circumstances we are feeling insecure. He can harm me and the children anytime,” she said.

The Jamalpur lawmaker came under huge criticism after making some derogatory remarks about BNP Chairperson Khaleda Zia, acting chief Tarique Rahman and his daughter Zaima Rahman.
Meanwhile, a two-year-old phone conversation of the state minister with actor Mamnun Hasan Emon and actress Mahiya Mahi went viral on social media. In that audio clip, Murad was heard making some derogatory remarks against the actress.

In the wake of the incidents Murad resigned from the post of state minister for information and broadcasting last December, and also returned his red passport.

He was refused entry in at least two countries when he left Bangladesh. The refusals compelled him to return to Bangladesh.