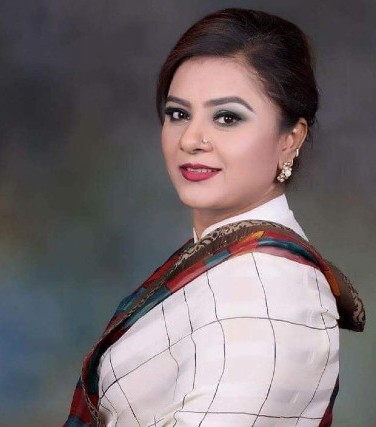 Earlier, the Rapid Action Battalion arrested her following a raid on her residence. They also raided her IP TV office.