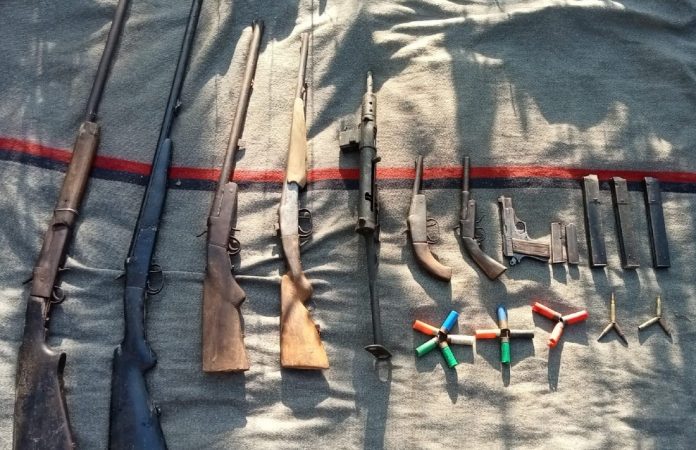 The weapons were buried in the ground, says the elite police unit
The Rapid Action Battalion on Friday detained four Rohingya men and seized several firearms during a raid in Naikhongchari upazila of Bandarban.

Acting on a tip-off, the elite force conducted a raid in a forest at the Ghumdhum union early in the morning, said RAB-15 Deputy Commander Tanvir Hasan. Two pistols, six locally-made firearms and several rounds of ammunition were dug up from the ground.

The detainees are yet to be identified.