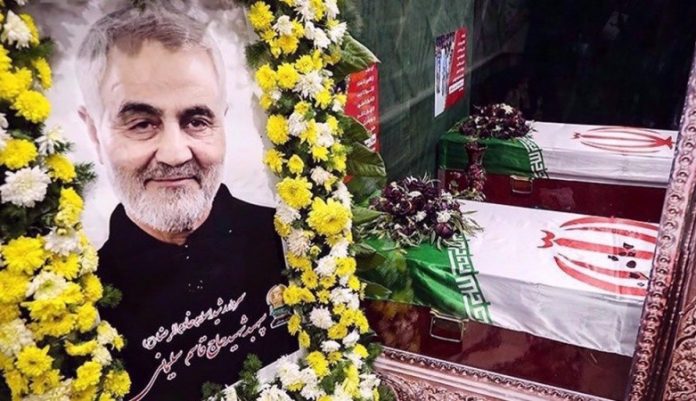 Assad’s remarks came in a message, which was read out by his media advisor, Buthaina Shaaban, at a ceremony held in the Syrian capital, Damascus, to commemorate the 2nd martyrdom anniversary of General Soleimani and his companions who were martyred by UD terrorists outside Baghdad International Airport.

“During every mission, Martyr Soleimani endeavored to destroy the pillars of the American strategy to sow discord and foment sedition” in the region, read the message.

In the message, Assad noted that General Soleimani threatened the “interests of Washington and its allies in the region,” adding that enemies were aware of General Soleimani’s threat to their criminal projects.

“Martyr Soleimani and Abu Mahdi al-Muhandis were the cornerstone of confronting the enemies,” the Syrian president said, stressing that the enemies were afraid of Soleimani turning into a model in the region and across the world.

Emphasizing that the United States committed a crime that indicated its fear of the spread of General Soleimani’s model, Assad said, “We must remain loyal to Soleimani’s approach and work to strengthen cooperation between Syria and Iran.”