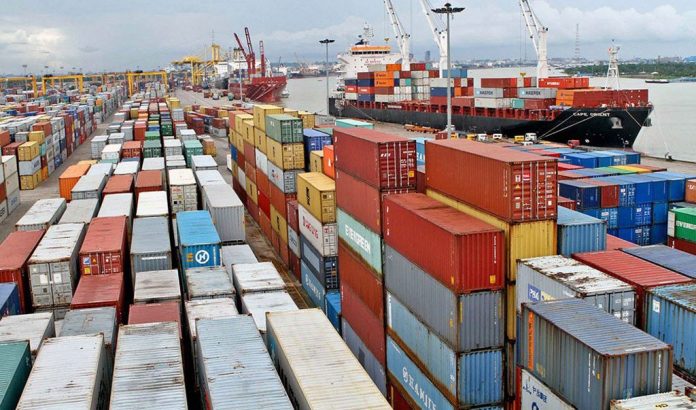 The new year has brought much-needed reinforcements for Chittagong port, with the inauguration of four new projects recently.

The state minister said that the Chittagong port was the gateway to Bangladesh’s development that has also continued handling of goods and containers during the Covid-19 pandemic on the instructions of the Prime Minister.

Chittagong port is an exception where there is congestion in the ports of different countries of the world. Last year, the port handled a record-breaking number of containers. Furthermore, the volume of cargo handled and ships arriving at the port have also increased, he also said.

Chittagong Port Chairman Rear Admiral M Shahjahan said although 72 incidents of piracy occurred at various Asian ports last year, none of them was in Bangladeshi waters.
The new service jetty has been constructed next to the upstream of the main jetty of the port.

As there was no service jetty for so long, a pilot had to take a vehicle to the Gupta area and board the ship
Sometimes pilots had to get on the ship and go to the outer anchorage.

The jetty was constructed at Chittagong Port’s own expense at a cost of over Tk83 crore.

At present seven tugboats are in operation but the total number of tugboats under Chittagong port including the new Kandari-6 tugboat, stands at eight.

The port spent Tk37.75 crore behind it.
This tugboat will contribute to the swift handling of inbound and outbound ships in Chittagong Port.

The port authorities have set up a ‘New Mooring Overflow Container Yard’ at the site of the old labor colony at the Freeport junction in the city.

As a result, even if the container needs increase and the container pressure increases at different times, the port authorities think that the possibility of complication will be greatly reduced.

A state-of-the-art swimming complex with two separate swimming pools has been constructed on a quarter acre of land at a cost of about Tk16 crore.

The swimming complex has been constructed on a quarter of an acre of land at a cost of about Tk16 crore. There are two separate swimming pools.

There are eight lanes in the main pool of 1250 square meters (50 meters in length and 25 meters in width) made of international standard.

With the opening of the swimming complex, professional swimmers will be able to train and practice.

Newcomers will also be able to learn to swim through skilled trainers.