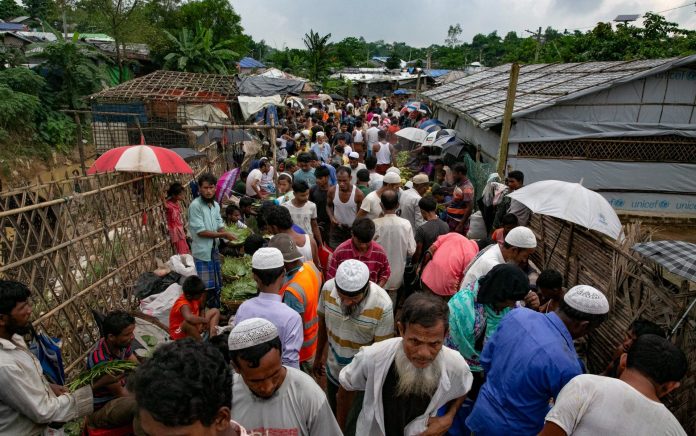 Bangladesh has urged Vietnam to exert their friendly influence on Myanmar to take their forcefully displaced Rohingyas back on an expeditious basis.

The urge was made during a telephone conversation between Foreign Minister Dr AK Abdul Momen and his Vietnamese counterpart Bùi Thanh Son on Wednesday afternoon.

During the conversation, Momen called upon Vietnam and Asean to play a more proactive role in bringing a sustainable solution to the protracted Rohingya crisis by helping in a speedy, safe and dignified repatriation of the forcibly displaced people back to their motherland Myanmar.
The foreign minister voiced concerns about the growing susceptibility of the displaced Myanmar citizens in Bangladesh to radicalism, extremism, trans-border crimes, human trafficking, drug smuggling, etc, which have serious security implications for the entire region.

Momen apprised his Vietnamese counterpart of the plights of the displaced Rohingya people. Expressing his satisfaction at the excellent bilateral relations between the two countries, he hoped that the two countries would celebrate the 50th year of the establishment of diplomatic relations next year with fervour, in a befitting manner.

Lauding the growing trend of bilateral trade between Bangladesh and Vietnam, he urged Hanoi to further increase their imports from Bangladesh in order to reduce the trade gap.
Mentioning the 100 economic zones and the high-tech parks, the foreign minister encouraged Vietnamese investors and business community to invest in Bangladesh by availing of very attractive and liberal investment packages offered.

Highlighting the growing people-to-people contacts, Momen noted with satisfaction that a large number of Bangladeshi tourists are now visiting Vietnam and encouraged more Vietnamese tourists to visit Bangladesh, which is endowed with excellent tourism attractions including important locations of ancient Buddhist heritage and civilizations.

Dr Momen sought Vietnam’s support in favour of Bangladesh’s candidacy as a sectoral dialogue partner of the Asean.

While appreciating the role of Bangladesh in sheltering the displaced Rohingya people, the Vietnamese foreign minister assured Dr Momen of their sincere efforts within the Asean framework for an early solution to the crisis.

He also suggested activating a joint trade commission and other trade mechanisms for further enhancing trade and commerce between the two countries.
Stating about many scopes for mutual cooperation and engagements, the two foreign ministers vowed to work towards further cementing and strengthening bilateral relations in the coming days.

Both leaders agreed to work in close collaboration in the regional and multilateral forums by extending mutual support in various election processes.
BSS