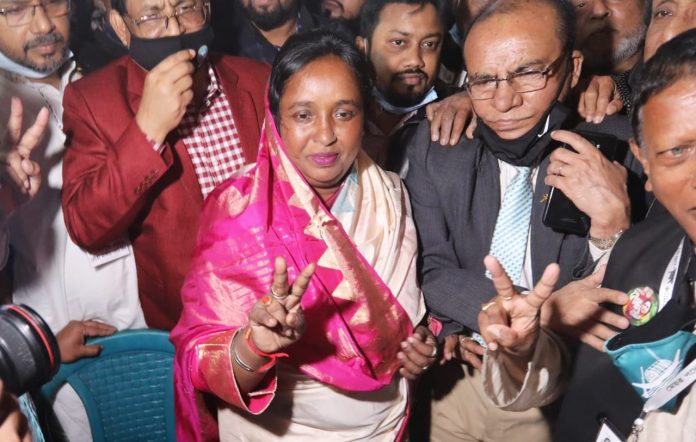 She bagged 161,273 votes while Taimur secured 92,171
Awami League’s Selina Hayat Ivy pulled out a re-election victory on Sunday defeating her closest rival by over 69,000 votes.

According to the results announced by returning officer Mahfuza Akter, she bagged 161,273 votes for “Boat” symbol.

Her closest rival, BNP leader Taimur Alam Khandaker who contested as an independent candidate, secured 92,171 votes with “Elephant” symbol.
In 2016, Ivy was elected mayor for the first time under the party symbol.

In the 2011 election, she defeated Awami League-backed candidate and incumbent MP Shamim Osman by a margin of 120,000 votes to become the Narayanganj mayor for the first time.

In 2016, she won the race with ruling party symbol “boat” for the first time.
After a heated election campaign over 18 days, voting in the Narayanganj elections started at 192 polling centres in 27 wards of the city at 8am on Sunday and continued till 4pm without any break. There were 1333 polling booths in the 192 centres.