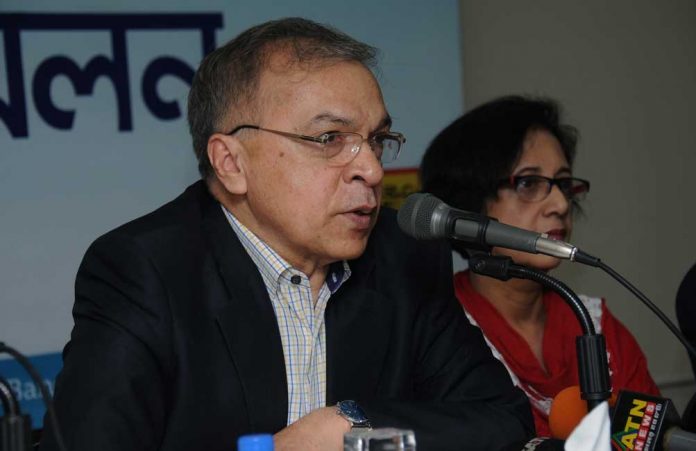 Transparency International Bangladesh on Tuesday demanded that the enactment of an EC formational law be done giving importance to public expectation and taking opinions from the civil society or all stakeholders.

It is a matter of optimism that the draft law was approved following the month-long talks between the president and registered political parties over the constitution of an independent, neutral and non-party election commission, a TIB statement said.

“But it’s essential to finalize it (the proposed law) through complete scrutiny and detailed analysis on the basis of the opinions of the civil society or all the stakeholders before the enactment of such an important law which will reflect a constitutional pledge. So, the draft law will have to be made public soon for all,” it added.
The statement came a day after the Cabinet approved the draft of the Chief Election Commissioner and Election Commissioner Appointment Act, 2022 in order to have a law in this regard as per the constitution.

TIB Executive Director Dr Iftekharuzzaman said the sudden step taken by the government to enact the election commission law, reflecting the constitutional commitment and the long-standing public expectation is positive.

He also said the civil society has long been calling for formulating this law long before the president’s talks with various registered political parties started over the EC formation.
Most of the political parties that joined the talks also demanded the formation of the law.”

Referring to media reports, he said the draft law proposes the EC would be formed through a search committee as usual, which is inconsistent with international experiences.

“Apart from setting some general criteria for the search committee, the details of what is in the draft law are still unknown to stakeholders and civil society,” he said.

It also needs to articulate further about qualifications, skills, experiences, neutrality and acceptability of the CEC and election commissioners, he added.

“In the political context of Bangladesh, they (CEC and election commissioners) will have the courage and determination to maintain a neutral and objective stance. Incorporation of such assurance clauses in the law is very essential.”
The TIB chief further said that to this end, the draft law should be immediately made public and finalized on the basis of the opinions of the stakeholders and civil society.

“Otherwise, the possibility of forming a free, fair and acceptable election commission, which has long been expected by the people of the country, will be thwarted again,” he observed.

He also said if the law is passed without scrutiny and taking the opinions of the stakeholders and civil society, its acceptance would be questioned.

“So, there is no alternative to passing the law on the basis of public opinion, giving utmost importance to public expectations.”
unb