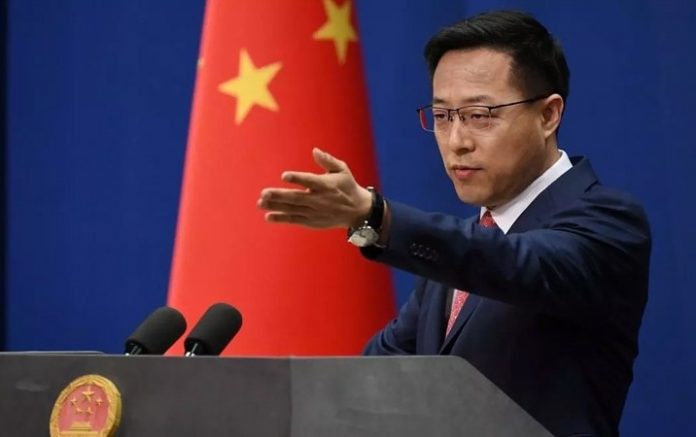 Foreign Ministry spokesman Zhao Lijian on Monday urges the United States to stop its discriminatory acts and political manipulation on China as soon as possible, and not to disrupt and undermine normal exchanges and cooperation between the two countries.

According to a Washington Post report, US prosecutors are expected to seek dismissal of charges against Chen Gang, a professor at Massachusetts Institute of Technology (MIT), who was accused of failing to disclose research ties to China. The newspaper also says that at least eight defendants had their charges related to the China Initiative dropped or were acquitted over the past year.

When asked to comment on this issue at a press conference held in Beijing, Zhao stressed that China’s policies and measures on personnel exchanges are essentially no different from the common practice in other countries.

“I won’t comment on an individual judicial case in the US I would just like to reiterate that it is the Chinese government’s consistent belief that personnel exchange and cooperation should be conducted on the basis of abiding by laws and upholding science, integrity and professional ethics. Relevant Chinese policies and measures are essentially no different from the common practice in other countries,” said Zhao.

The spokesman said that not long ago, nearly 2,000 university scholars across the US signed an open letter to the Attorney General in protest of this initiative. Besides, 192 Yale professors wrote and signed a letter to the Attorney General pointing out that the strategy has “fundamental flaws”. Over 20 Asian groups wrote to the US President demanding the end of it. The United Chinese Americans protested outside the US Department of Justice demanding the end of the initiative.

“As facts have proven, the ‘China Initiative’ is nothing but a clumsy tool used by anti-China forces in the US to abuse the national security concept to suppress and contain China. The US should heed the just call from all sectors, correct its wrong practice as soon as possible, stop seeing China as an imaginary enemy, stop its discriminatory acts and political manipulation, and stop disrupting and undermining normal China-US exchange and cooperation in science, technology, people-to-people and cultural fields,” said Zhao