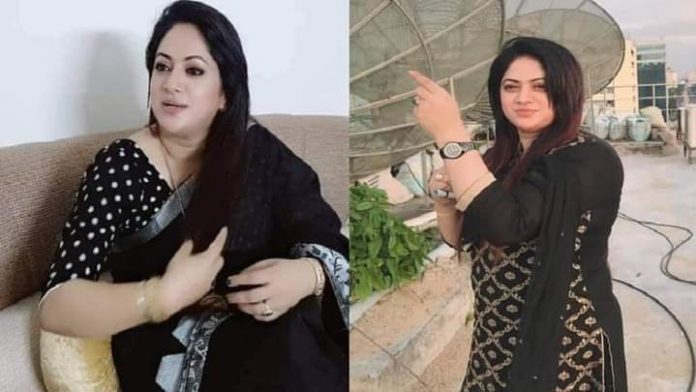 Shimu’s dismembered body was found in gunny sacks on Monday morning near the Hazratpur Bridge at Keraniganj, on the outskirts of the capital.
Police said the body was recovered in the morning after locals reported the matter.

The victim’s brother Shahidul Islam Khokon identified the body at the Mitford Hospital and started a case against six people, including Noble and his friend SMY Abdullah Farhad.

Later on Monday, police arrested Nobel and Farhad.
Meanwhile, a Dhaka court granted a three-day remand to Sakhawat and his friend Abdullah in the case.

“The 41-year-old actor lived with her husband and two children at the city’s Green Road. After collecting some key evidences from the scene, police went to the actor’s home, where more evidences were found, which linked the husband to the murder,” said SP Sarder.

Shimu’s body was dumped in Keraniganj after the murder, he said before adding, “Even it was premeditated murder, the perpetrators left behind some clues. Nobel and his childhood friend Farhad was brought in for questioning the same day.”

Citing information gleaned during the interrogation, the senior police officer said that the couple had an ongoing feud over domestic matter for quite some time.
Shimu was murdered sometime between 7am and 8am on January 16 [Sunday]. The car, which was used to transport the body to Keraniganj, has been seized,” said SP Sarder.

Shimu had gone missing after she left home Sunday morning, saying she was off to Mawa for a shoot.

Her husband Nobel filed a general diary reporting her missing later the same day with the Kalabagan police.

Shimu, who debuted in the Dhallywood in 1998, has worked is some 25 movies, mostly as a supporting actor, with noted directors like Kazi Hayat, Delwar Jahan Jhantu, and Chashi Nazrul Islam.

An associate member of the Bangladesh Film Artistes Association, Raima also worked in TV dramas and produced as well