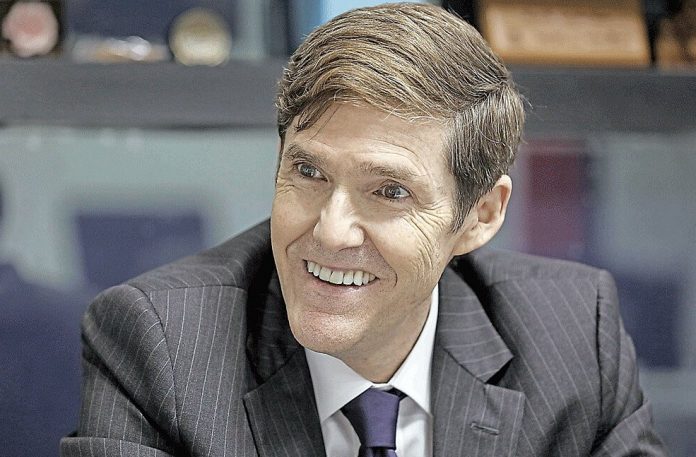 The US envoy made the comments while paying a farewell call on Dr Momen at the State Guest House Padma in the capital, a foreign ministry press release said.

During the meeting, they discussed various ways and means for cooperation between two countries in human rights arena, including through arranging training program.
Dr Momen also briefed Miller on the ongoing Union Parishad elections as well as the city corporation elections in Narayanganj, underscoring the free and fair nature of the elections and high voter turnout.

The foreign minister also stated that Bangladesh would remain open to foreign observers in the next parliamentary elections.

He thanked the US government on the vaccine support as so far Bangladesh received 28 million doses of Covid-19 vaccine from the US under the COVAX program, and would get more in near future
Dr Momen appreciated two country’s close engagements in climate change issue, and recalled with pleasure the visit of US Special Presidential Envoy John Kerry’s visit to Bangladesh in April 2021.

Noting that due to the pandemic situation many in-person interactions between the two governments could not take place, both sides expressed optimism that a series of dialogues and visits would take place in coming months.

The foreign minister thanked the US Ambassador for facilitating his visit to Washington DC in February 2021, the first visit of any Foreign Minister to the US Capital after the assumption of the Office by the Biden Administration; as well as for facilitating official visits of Bangladesh Armed Forces Service Chiefs to the United States in 2021.

Bangladesh foreign minister also thanked the US government for responding his request for assisting Bangladesh in restoring and further developing the coastal embankments in the Southern part of the country.

Dr Momen urged the US to participate in large infrastructure projects in Bangladesh, as this is a priority area for Bangladesh government.

Thanking for being the largest donor for the humanitarian operations for the forcibly displaced Rohingyas, the Foreign Minister urged the US to participate in humanitarian operations in Bhashan Char in accordance with the Memorandum of Understanding inked with the United Nations.
The US ambassador reiterated the United State’s strong support for the Rohingya issue not only through humanitarian assistance but also for political settlement through repatriation.

He also expressed optimism that his successor, having a strong economic background, would substantially contribute to taking forward the economic cooperation between the two nations further ahead.

Miller stated that his tenure in Bangladesh has been the best one in his career due to the warm hospitality received from the government and the people here.