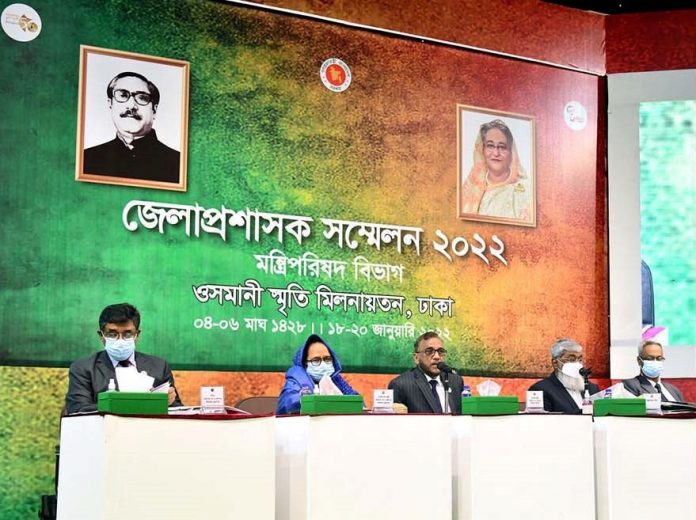 “Our target is to grow 16 percent forest land by 2030. We need cooperation from the DCs in this regard,” he said.

The minister was addressing the first session of the ongoing DCs’ conference on its second day in Dhaka.
We have full information on which lands are occupied illegally by which people in a certain area. We need to apply full force against the grabbers,” he added.

During the session it was revealed that an official letter had already been issued to the DCs to recover the occupied forest land.

Meanwhile, the minister told the media that the DCs had been instructed to take strict action against illegal activities like hills razing, cutting down of trees and operation of illegal brickfields.
We have given them guidance in that regard. Our target is to use 100% blocks instead of bricks in government installations by 2025. I also asked them to plan their activities keeping biodiversity conservation in mind,” he said.