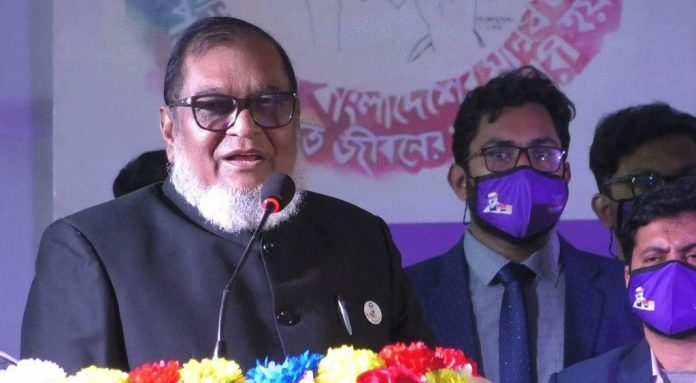 “One or two members of the RAB force may be bad, and they will be punished according to the law. The whole force cannot be blamed for this,” he told reporters on Sunday after attending the unveiling ceremony of a book at Bangabandhu Sheikh Mujibur Rahman Digital University in Kaliakair of Gazipur.

VC of the Bangladesh Open University Prof Humayun Akhter and Chairman of Kaliakair Upazila Parishad Kamal Uddin Sikder, among others, spoke on the occasion.

According to the report, in a letter written two months ago but made public on Thursday, human rights watchdogs have voiced concerns over the alleged torture and enforced disappearances in the country.

On that day, Home Minister Asaduzzaman Khan Kamal said that “injustice” is being done to the government elite force.

He was accompanied by police chief and former RAB director general Benazir Ahmed.

The minister said that those who created RAB no longer like it and are spreading all kinds of propaganda against the law enforcement agency.