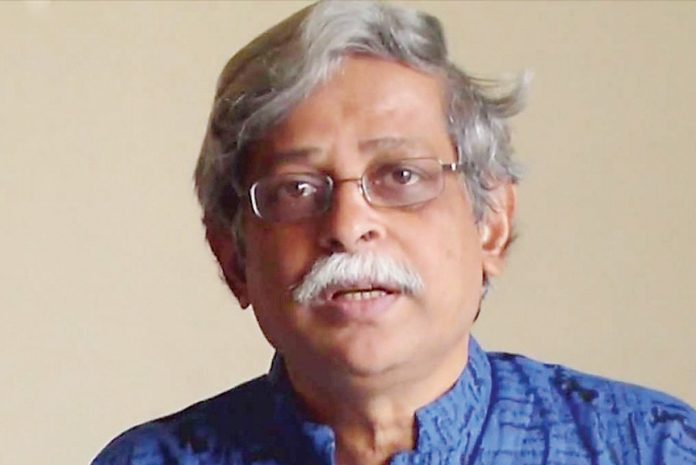 The person who can remain unmoved even after witnessing the sufferings of students cannot be called a human being and should be compared to a monster, said Dr Muhammed Zafar Iqbal.

The former teacher of Shahjalal University of Science and Technology (Sust) said this on Wednesday, criticizing the university VC Farid Uddin Ahmed who did not step down from his post despite the non-stop agitation by the students of the university demanding his resignation.

The measures taken to suppress the movement by the students were inhumane, cruel, and barbaric, Dr Zafar Iqbal said.

The retired Sust teacher was speaking to the media after the Sust students ended their seven-day hunger strike at around 10am.

Zafar Iqbal told the students that their lives were valuable and should not be sacrificed for someone who did not pay heed to their demands.

Earlier in the day, the renowned writer and his wife Dr Yasmeen Haque, who is also a former teacher of Sust, reached the university campus and requested the students to call off their fast-unto-death.
In response, the students agreed to drink water together in the morning and break their fast.

Over 20 students of the university had been on a hunger strike since January 19 demanding immediate removal of Sust VC Prof Farid Uddin Ahmed.

Dr Zafar Iqbal told the students that high officials of the government had assured him that the demands made by the students would be met and all cases against them would be withdrawn.

Meanwhile, five alumni of Shahjalal University of Science and Technology (Sust), who were arrested in a case filed by the university administration, were granted bail on Wednesday.

A case was initiated against them and 100-150 other unnamed persons with Jalalabad police station on Tuesday night.