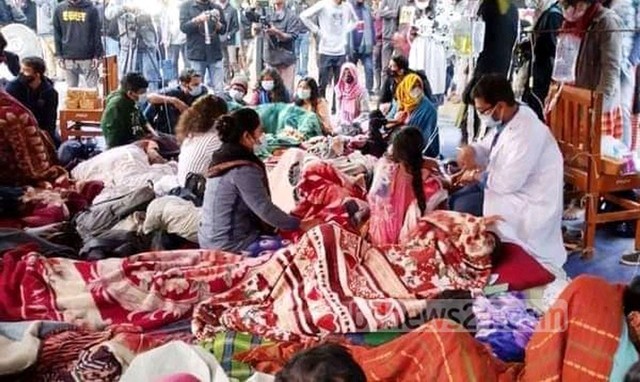 Education Minister Dipu Moni has said the cases against the SUST students in Sylhet over protests for Vice-Chancellor Farid Uddin Ahmed’s removal will be dropped.
She rushed a news press conference at her home in Dhaka on Wednesday evening after student protesters of the Shahjalal University of Science and Technology ended a hunger strike in the morning.

The minister said the university will be reopen soon and discussions with the protesters will continue to resolve the issues.

Though the provost was eventually removed, students have continued their campaign to force Farid Uddin out after police had used batons, tear shells and stun grenades to break up a protest, injuring at least 50 people in the process.
The authorities shut the campus and police charged 200-300 unnamed students in a case last week over the protesters’ clash with law enforcers. Later, the students launched the hunger strike to push for the removal of the VC and the dismissal of the case against protesters.

Police also arrested five former students in Dhaka and started a case against them on Tuesday, accusing them of inciting the protests by providing funds to the protesters with an “ulterior motive”. The law enforcers also accused 100-150 unidentified people in the case. A Sylhet court on Wednesday granted them bail.

Dipu Moni said: “As the problems will be gone, we will talk to those who filed the cases and do whatever is necessary. We will hold discussions with the authorities to drop the cases and ensure that the students face no problem.”

“No matter what has happened, we don’t want to look back, but to walk forward. It won’t affect anything academically. There will be no cases, so no problem.”