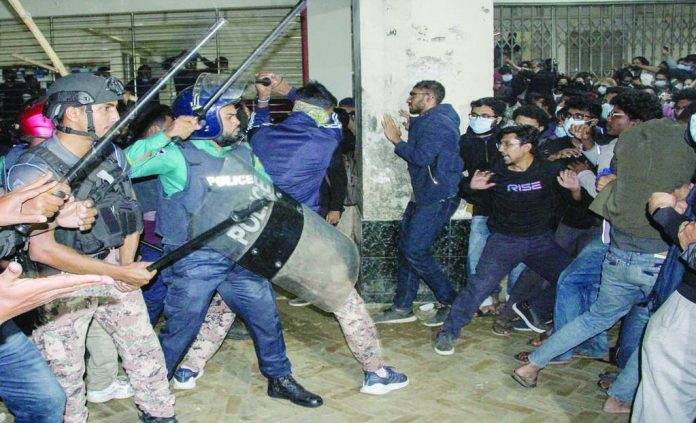 Police Headquarters will take departmental action against responsible officials if proof of police attack on protesting students of Shahjalal University of Science and Technology (Sust) is found.

Md Haider Ali Khan, DIG of police (Operations Media and Planning), was speaking to the media on the possible action at the Rajarbagh Police Lines Auditorium in the capital on Wednesday.

He said that the police were inquiring into the incident and the allegations of torture on the protesting students of Sust.

On January 16, the university was closed for an indefinite period after a number of students were injured in a clash between them and the police.

They observed a hunger strike for seven days before breaking the fast on Wednesday.