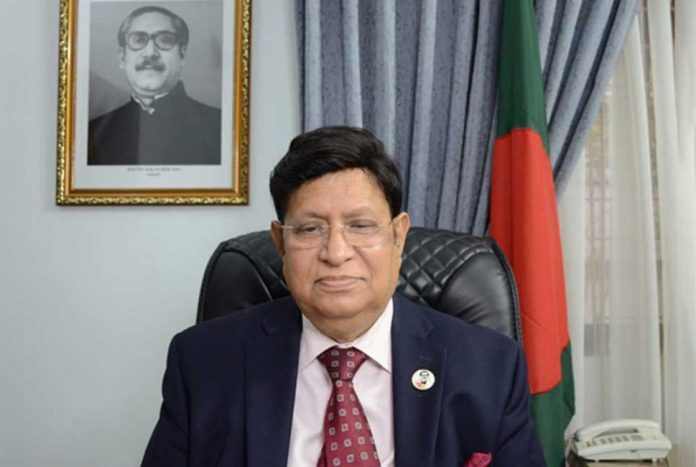 Foreign Minister Dr AK Abdul Momen on Saturday urged the patriotic citizens abroad to put in their stronger efforts to counter conspiracies against the country’s interest, noting that there might be more “assaults” on the country and its interests based on propaganda and disinformation.

“It seems to me there might be various types of assaults and conspiracies against us in the next two years,” Momen said, urging the activists of Bangabandhu Foundation abroad to take a stronger position against such attempts centring on the next national elections.

The foreign minister, also the President of the Bangabandhu Foundation, said each Bangladesh Mission abroad that runs with the country’s taxpayers’ money is the number one lobbyist of the country to uphold Bangladesh’s interests.

He hoped that the people associated with the Bangabandhu Foundation abroad will help the missions abroad with the information regarding any attempt of conspiracies against the country since missions may not get access to such information instantly.

Momen was addressing a virtual discussion titled “Lobbying conspiracy that started centering the 12th parliamentary election and steps that Bangabandhu Foundation can take” as the chief guest.

Pointing finger at conspirators, the foreign minister said the country’s interest and people’s welfare should be the priority if anyone wants to get involved in politics
Referring to the letter written by Member of the European Parliament (MEP) Ivan Stefanec to High Representative of the EU for Foreign Affairs and Security Policy Josep Borrell, Momen said: “When I was reading the letter, I felt that I was reading about another country as the letter’s content doesn’t go with the situation of the country.”

He said there is a possibility that the opposition parties might engage more such people to write against Bangladesh.

The foreign minister said the Awami League has continued its efforts to make the election process transparent which needs to be highlighted.