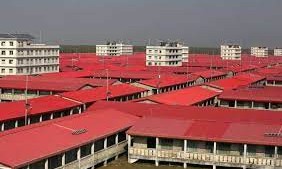 Another 1,287 Rohingyas reached Noakhali’s Bhashan Char in the tenth phase of the relocation on Monday, taking the total number of refugees on the island to 20,949.

On Sunday, a total of 13 buses carrying the Rohingyas departed from the transit point at Ukhiya Degree College at around 1pm for Chittagong.

On January 5, 705 Rohingyas were relocated to Bhashan Char in the ninth phase.

Last December, as many as 20,000 Rohingyas were relocated to the island from various camps in Cox’s Bazar.