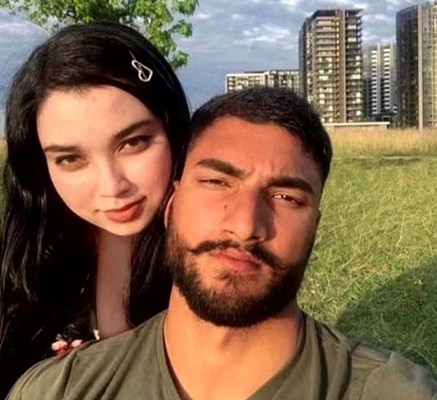 Police in Australia have arrested a Pakistani-origin man on charges of murdering his wife, a Bangladesh-born medicine student, weeks after their marriage in Sydney.
Police found the body of Arnima Hayat, 19, allegedly in a bathtub full of hydrochloric acid at her home on Pennant Hills Road in North Parramatta on Sunday, sparking a manhunt for her 20-year-old partner Meraj Zafar.

Zafar turned himself in at Bankstown police station on Monday before being arrested and charged with her murder, The Guardian reported.

He did not apply for bail and bail was formally refused in Bankstown Local Court on Tuesday before he was remanded in custody to appear via audio visual link in Parramatta Local Court on Apr 5.

Arnima scored more than 97 in her HSC at Tempe High School before going on to study medicine at the University of Western Sydney and told her parents she planned to become a surgeon.

Her father Abu Hayat came to Australia first in 2006 and was followed by his wife bringing a young Arnima, with their second daughter being born in Australia.
Abu Hayat said he sought advice from the police, but he was told “nothing can be done because they are in love” after Arnima revealed her plan to marry Zafar, according to The Daily Mail.

Arnima’s relationship with Zafar led her to cease contact completely with her family last October, the same time she moved into the North Parramatta apartment with Zafar.

“Just two weeks ago Arnima, a studious but fun-loving ‘Aussie girl’ who weekly took her parents out for sushi and pies until she ceased contact with them six months ago, rang relatives in the US sounding upset,” The Mail wrote.

“We have lost a young soul within our community, someone who I have seen grow up in front of my eyes,” Akter wrote on Facebook.
Police allege Zafar murdered Arnima between Saturday and Sunday, according to court documents.

Speaking on Monday, Parramatta police Supt Julie Boon said it was hard for the officers who found Arnima, after her family called authorities with concerns for her welfare.

“The scene was very challenging for arriving police. When they did arrive and found chemicals at the unit, they retreated and called other units.”

Arnima’s parents told Daily Mail Australia they were struggling to cope with the horrific way their daughter died – allegedly immersed in a bathtub full of hydrochloric acid.

They said they will not be able to see their ‘daughter’s beautiful face’ before laying her to rest in Bangladeshi funeral tradition – because the only part of the teenager’s body not destroyed was one of her feet.

​​A truck, believed to belong to accused killer Zafar, was seized in Greenacre for forensic examination.